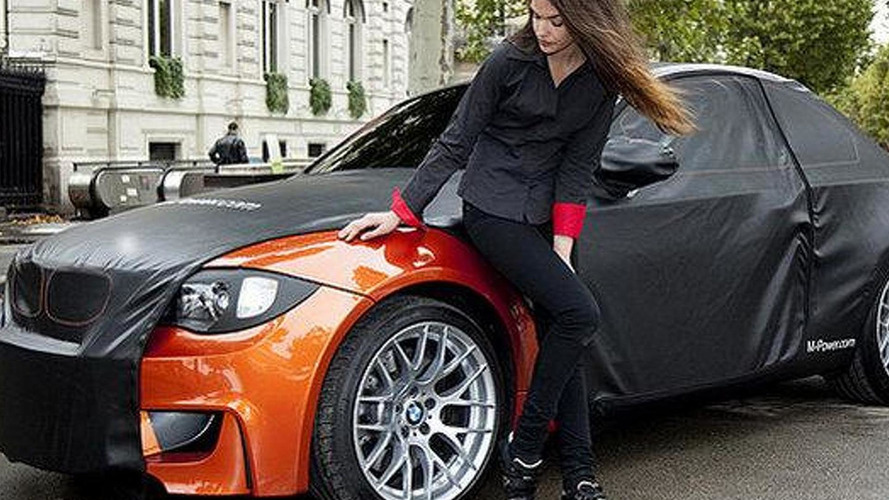 Well, the car made it to Paris but it didn't stick around for the show.

BMW has released these teaser photos of the 1-Series M Coupe posing rather coyly on the Champs d'Elysées hiding mostly behind a black veil.

What we do get to see is the wider track this model is sporting as opposed to the standard 1-Series. We also get a glimpse of the air vents on the rear bumper, the outline of the undercover rear spoiler, and the previously spotted quad-exhaust.

The 1-Series M Coupe is slated for launch sometime in 2011.