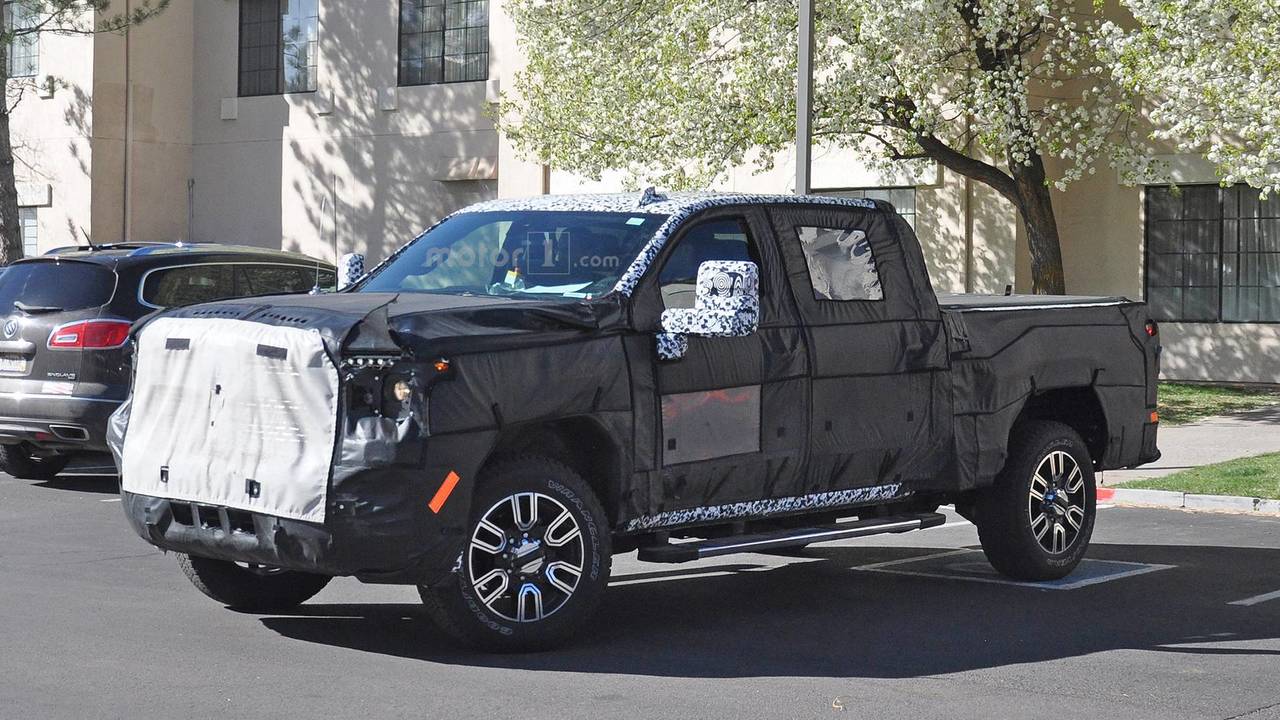 For when luxury and work meet.

A few weeks ago, photographers caught several prototypes of the 2020 Chevy Silverado 2500 HD and GMC Sierra 2500 HD pickup trucks out testing. A variety of body styles were caught on camera. However, one missing trim from the test fleet was the GMC Sierra Denali 2500 HD Crew Cab with its four full-size doors. Now, we have photos of the luxury trim that’s sporting some very Denali-like accessories.

The 2020 Sierra Denali 2500 sports several of the visual upgrades given to its smaller Denali 1500 sibling. There’s the larger, bolder chrome grille, unique 20-inch wheels, and squared-off running boards. If that doesn’t give away the truck’s trim, the photographers could make out DENALI embroidered on the headrests. That gives it away. Also, like the recently debuted 1500, the 2020 2500 HD and its larger 3500 HD sibling are expected to utilize a mix of aluminum and steel in its construction.

While the exterior will be different from the Silverado 2500 HD, under the hood will be similar. This means the GMC will use the Duramax 6.6-liter V8 diesel and the 6.0-liter gasoline V8 to power the truck. The Duramax will likely receive a refresh to pump out more horsepower and torque, which will help the truck improve its hauling capability – a must for any new heavy-duty pickup truck. The gasoline engine should remain the entry-level powertrain.

Chevy already has a teaser out for the Silverado 2500, and now we have a plethora of test mules on the road. It’s hard to believe both the Sierra and Silverado HD trucks won’t debut until sometime early next year – likely the Detroit or Chicago auto shows. After the reveal, both will go on sale later in 2019. 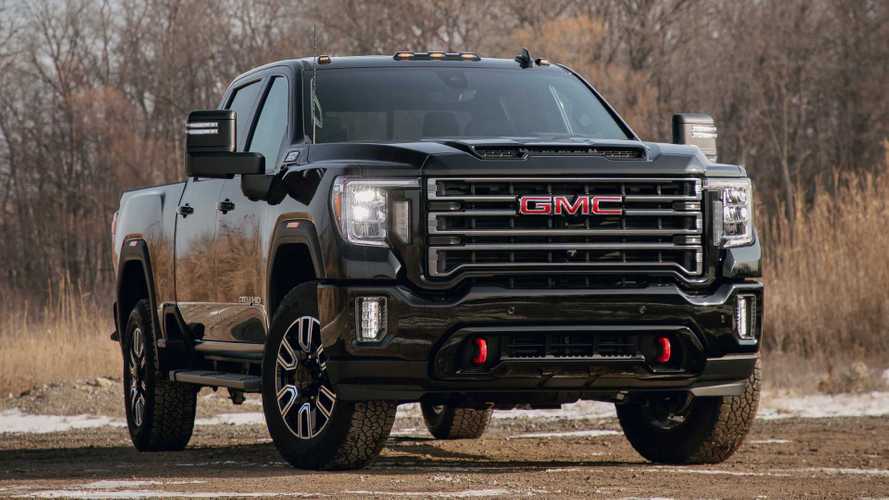