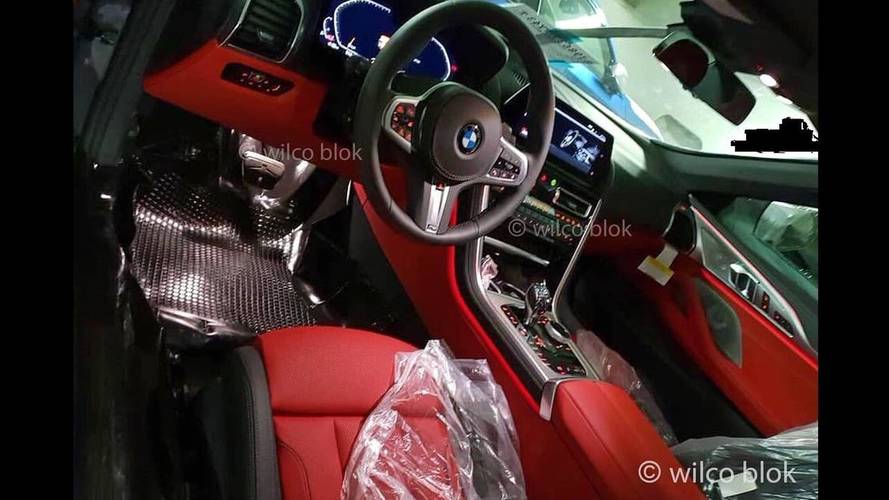 The predominately red interior belongs to an 850i Convertible M Sport.

On January 10, 2018, an Instagram user by the name of wilcoblok basically leaked the interior of the reborn BMW 8 Series. Fast forward to May 5, the very same user has once again caught on camera the cabin of the much-awaited 8 Series, but this time around we’re dealing with the convertible. The red interior you see below belongs to a high-end 850i version with M Sport attire.

As you’d come to expect from a new model sitting near the top of the food chain, the 8 Series features BMW’s swanky new all-digital instrument cluster previewed nearly a month ago and also bound to be used by the next-generation Z4.

While premium automakers such as Audi are beginning to move away from conventional buttons by using secondary touchscreens or touch-sensitive controls, the center console of the new 8 Series is jam-packed with physical buttons.

The central display belongs to the updated iDrive announced by BMW when it gave us a sneak preview of the aforementioned digital driver’s display.  It’s difficult to tell whether the screen’s size has increased over the 10.2-inch display you’ll find inside the 7 Series, but we’re getting the feeling it’s a tad bit larger. Regardless, the company has promised its latest iDrive will provide improved touch operation and the availability of up to 10 configurable main menu pages – each featuring between two and four pads.

With an abundance of red and black leather, fancy metallic accents, and the sporty M-branded steering wheel, the interior does look special, but is it special enough to be worthy of the 8 Series name? Perhaps it’s better to wait for the official reveal before answering this question.

BMW has announced plans to finally unveil the 8 Series on June 15 on the occasion of the 24 Hours of Le Mans weekend. It’s unclear at this point whether the M8 will also be shown that day, but we do know it’s also due to be revealed in 2018.