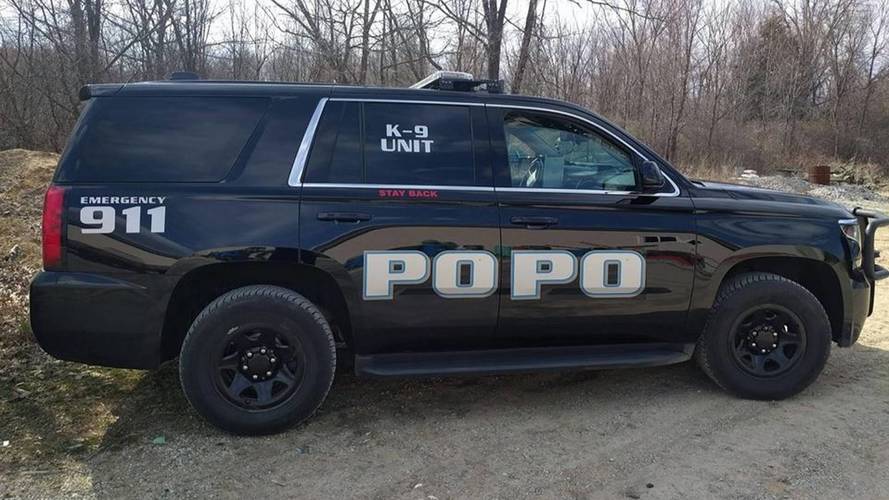 Who said cops couldn't be funny?

Police officers go by a lot of names: the fuzz, five-o, heat – or if you’re a 1920’s New York gangster – coppers. But one local Michigan police force has taken one of its creative calling cards in stride. Bath Township Police has ditched the typical "Police" livery on one of their Chevy Tahoe PPVs in place of a more casual "PoPo" designation "in an attempt to be more relatable to the local youths," the department says jokingly.

It all started simply enough. Officer Michael Lapham was messing around with Microsoft Paint, and grafted the term "PoPo" onto the side of his yet-to-be-liveried Tahoe PPV. When the department shared the image of the shopped SUV on their Facebook page last week – which has more than 30,000 followers – it went viral on social media and on the nationwide news circuit.

Speaking to the Detroit Free Press, the township's public information officer, Avery Lyon, said that "our philosophy is to just humanize us and let people know we like to have fun." In this case, we’d say it worked; to date, the image has been shared more than 7,800 times, and has racked up more than 800 comments on Facebook – some positive and negative.

But this isn’t the first time we’ve seen local police departments attempting to connect with the youths. Back in October, cops in the U.K. played Gran Turismo for extra driver training. And prior to that, California cops added a 730-horsepower (544-kilowatt) Saleen Mustang to its fleet. The high-powered muscle car was used for community outreach almost exclusively, for what it’s worth.

While this PoPo-liveried PPV may just be a quick photoshop (for now), who knows that the Bath Township Police department has in store for their next hashtag youth interaction.