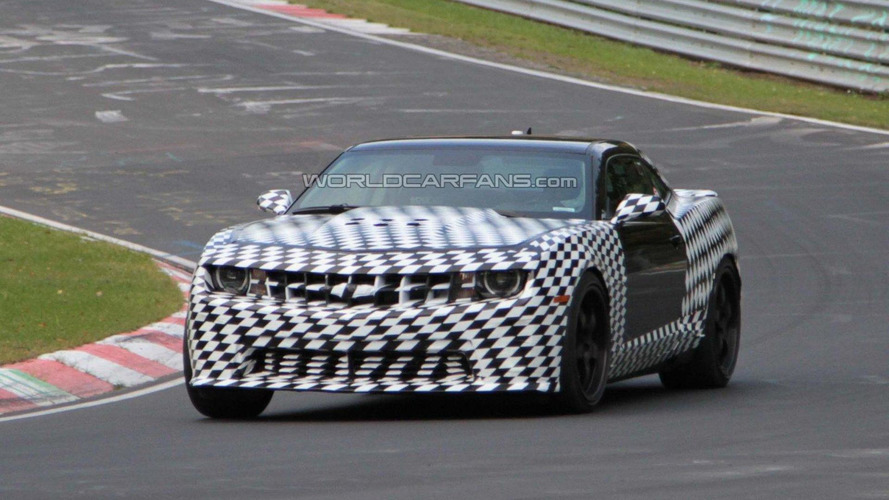 These are the latest spy shots of the upcoming 2012 Chevrolet Camaro Z28 - caught doing some heavy-breathing testing around the Nürburgring circuit in Germany.

This prototype is heavily camouflaged, in a rather cheeky checkerboard pattern, so it's hard to surmise what body-design changes it will carry. But we have seen a rendering before, which may be close to the real thing, that gives us an idea.

What will be thundering beneath the hood?

Speculation is that the next Camaro Z28 will be fitted with the same 6.2 liter LSA V8 that goes into the Cadillac CTS-V. That engine produces 556 bhp (415 kW) and 551 lb-ft of torque (746 Nm). Maybe Chevy will tune it a little higher for the Z28 or perhaps just leave it at that since it still tops the Ford Shelby GT500 by 6 ponies.

Look for the 2012 Chevy Camaro Z28 to make its debut at the Detroit auto show next January.