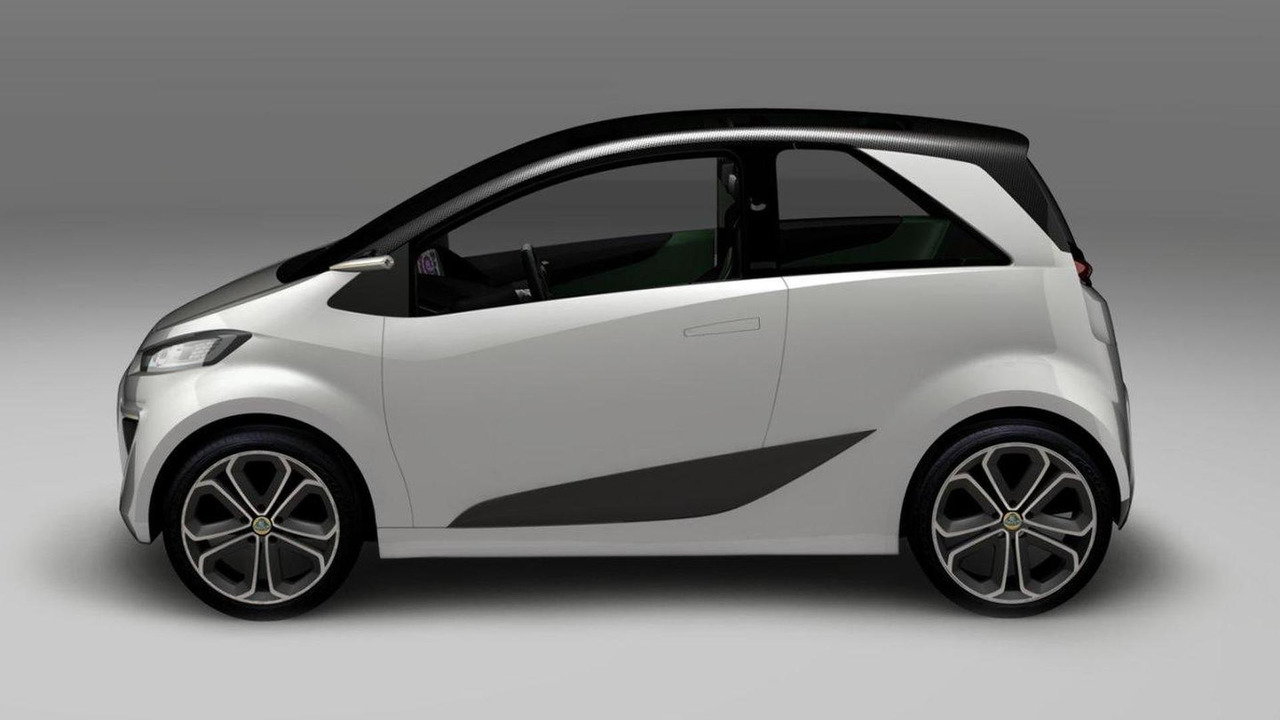 Lotus has introduced the City Car concept with which the boutique automaker hopes to gain some urban-driving/planet-friendly credibility.

The Lotus City Car is a 1,400 kg (3,086 lb), 3-door, 4-seat compact car with a front-mounted, range-extending gasoline engine and a rear-mounted electric motor powering the rear axle. The battery is fitted underneath the passenger compartment.

Total power output on the City Car is a hefty 162 kW (220 PS) and 240 Nm of torque - although the continuous power figure is a more modest 54 kW (73 PS). Range on electric power alone is 60 km (37 mi) while the range-extending 34 kW (46 PS) 1.2 liter petrol/gasoline engine, which is a flex-fuel power plant that can also run on ethanol and methanol, takes that figure to a sounder 500 km (311 mi). The engine produces power for the electric motor alone and doesn't drive the car on its own.

The 0 to 100 km/h sprint takes a reasonable 9 seconds. For city driving, which these plug-in hybrids are made for, the 0 to 50 km/h (31 mph) figure is often cited and for the Lotus City car it's exactly half - 4.5 seconds. CO2 emissions are a very green 60 g/km on the total cycle but are zero if the car is run solely as city-prowling EV.

Design-wise the City Car features a glass roof, cabin upholstery in a prime green and yellow tartan fabric, as well as leather and carbon fiber touches.

Wolf Zimmerman, Lotus' chief engineer, told Autocar that Lotus is looking for a partner to produce the city car for a 2014 launch. Zimmerman also said the company wanted to have a city car similar to the Aston Martin Cygnet.

"Lotus Design has created a vehicle that condenses the essence of Lotus into a low carbon city car, with many inspired design touches," said Dany Bahar, Group Lotus CEO, in a company press release.