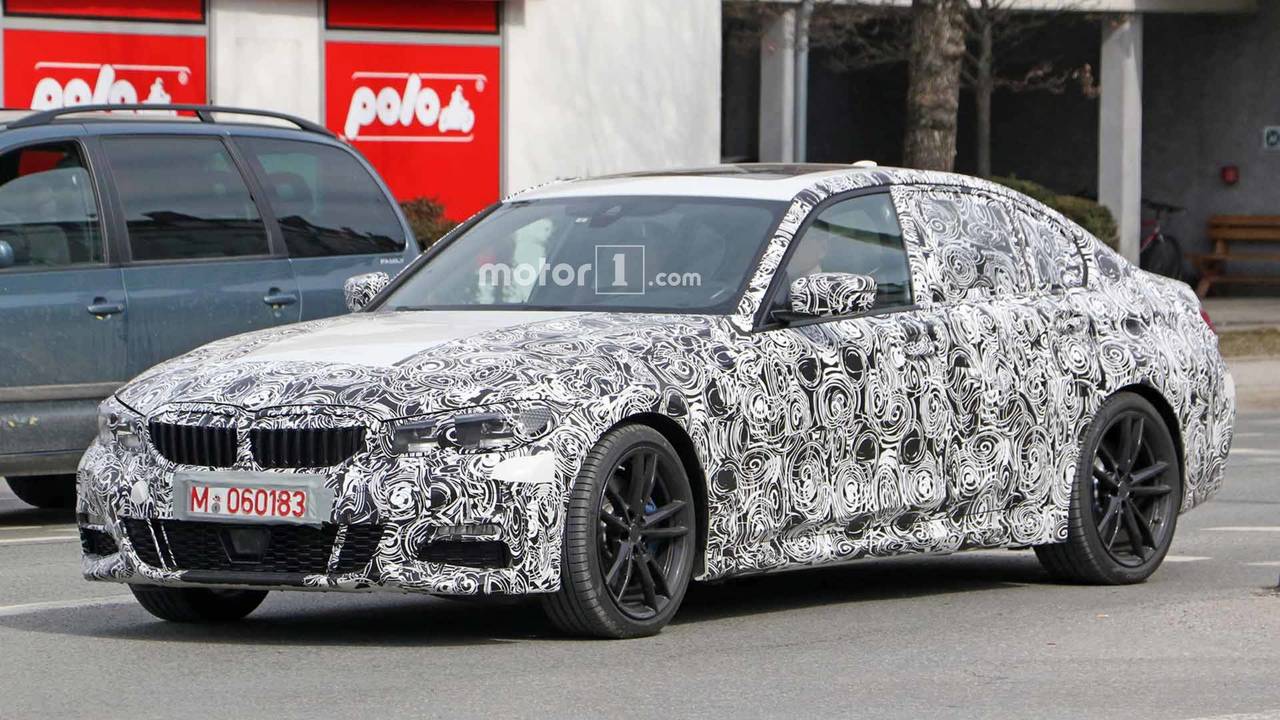 The next-gen BMW 3 Series continues to test on the streets of Munich, and this fresh crop of spy shots provides a comprehensive look at the upcoming premium sedan. This one appears to wear sporty pieces from the M-Sport catalog, too.

BMW sticks with the styling trend among Germany's premium automakers of creating a single shape and then adapting it to different vehicles. The result is that the new 3 Series looks a lot like the latest 5 Series, which resembles the 7 Series. This sedan wears a few aggressive M-Sport pieces like the complex shape for the front fascia. The engineers try to conceal the upper edges of the grille and headlights with camouflaged panels, but the pieces don't do a very good job of hiding the final parts underneath.

Inside, the vehicle's development looks far from complete. The digital infotainment display appears fully functional, but its design still strikes us as odd. Rather than just being a rectangular screen, the numbers for the speedometer and tachometer have their own semi-circular sections. A wide monitor at the top of the center stack flanks the instruments, and there's a control dial for it on the center console. An exposed rat's nest of wires indicates this 3 Series is just a test mule.

A rumor indicates that the new 3 Series is available with a wide variety of diesel and gasoline engines in Europe, and their output ranges from just 136 horsepower (101 kilowatts) to 380 hp (283 kW). Later, the range-topping M3 reportedly boasts around 500 hp (373 kW) from a biturbo 3.0-line inline six with mild hybrid assistance.

The new 3 Series reportedly debuts at the Paris Motor Show in October and go on sale in early 2019.