Upcoming Chevrolet Blazer Spied On The Road And Showing Interior 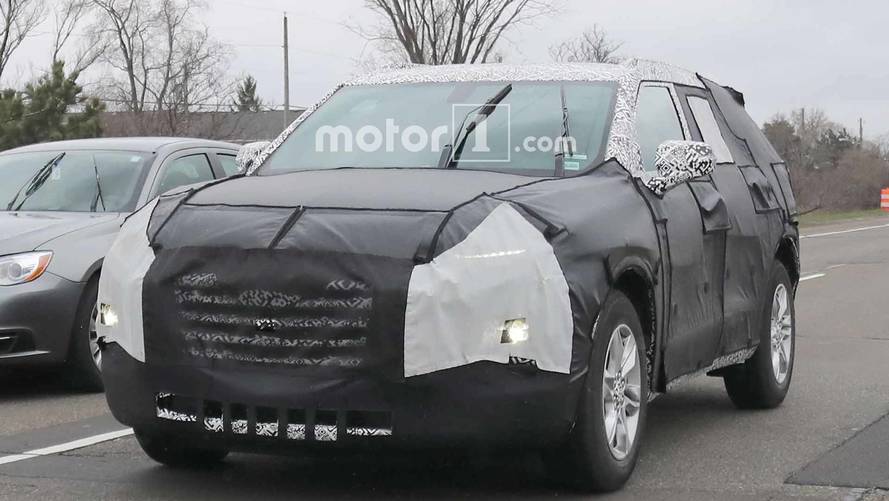 It doesn’t appear the new Blazer will be built for the trail.

The Chevrolet Blazer is back… well, sort of. As Ford readies not one but two off-road focused SUVs, and Jeep finds success with its relatively new JL Wrangler, Chevy is reading for the return of its iconic Blazer. The nameplate hasn’t been on the market since 2005, but new spy photos suggest the SUV will be back on the road in just a few months.

Captured testing just outside of GM’s Milford Proving Grounds in Michigan, the prototype is wearing plenty of camouflage to hide its final design — but there are a few unique elements to point out. For one, this new Blazer ditches many of the boxy cues found on the outgoing model in place of a more traditional look. You might not be able to tell it and the Equinox apart if they were both covered up.

The prototype also has a pretty standard ride height, which may suggest that it won’t be capable of conquering some of the same terrains as its Ford and Jeep counterparts — at least not in this trim. The Blazer will ride on the new Chi crossover platform, which will also underpin vehicles like the second-gen GMC Acadia, and the new Cadillac XT5. It will likely also only have two rows.

The taillights, grille, and portions of the interior appear to be production ready. Unfortunately, it’s difficult to distinguish most of those features because of the heavy camo, not inside and out.

Power is expected to come from two engines, an entry-level 2.5-liter inline-four, and a more powerful 3.6-liter V6, paired to a nine-speed automatic transmission. The new Blazer will compete directly with crossovers like the Ford Edge, Nissan Murano, and others in that segment. Expect to see it before the end of the year, most likely at the Los Angeles Auto Show.