The Blue Oval is also trying to acquire Timberline for use on future vehicles.

A pair of recently published trademark applications from Ford point to the Blue Oval considering the Maverick and Timberline names for future vehicles. Since the Blue Oval is largely abandoning the car market except for the Mustang and a version of the Focus, these titles are more likely for future trucks and SUVs.

According to the documents from the United States Patent and Trademark Office, Ford has been working to reserve the Maverick name since December 15, 2016, when the company filed the initial paperwork. The company had to go through a complicated process of proving why it deserved to own the name, and the USPTO finally published the application on April 17, 2018. Other companies have 30 days from that date to file an opposition before Ford finally gets the rights to the moniker.

Ford originally introduced the Maverick in the U.S. in 1970 as a compact model to replace the Falcon. It sat a step above the Pinto in the firm's lineup. In the 2000s, the company also rebadged the Escape as the Maverick in some markets outside the U.S. 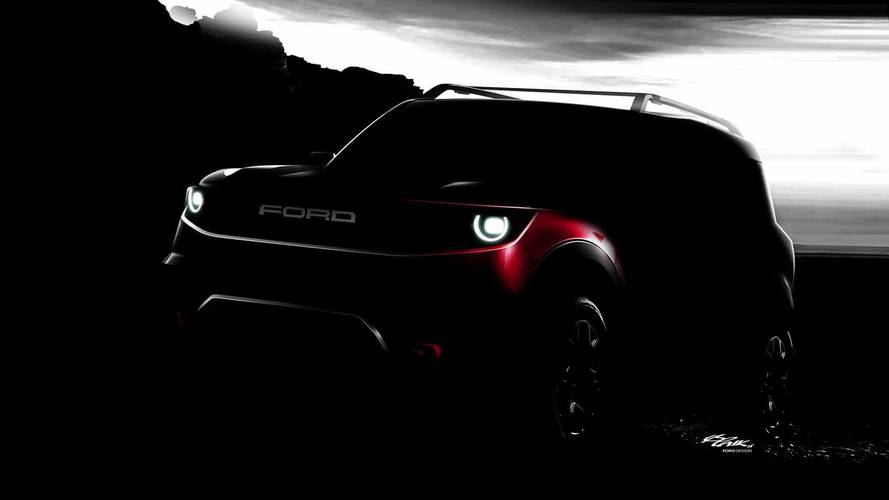 Given its history of supporting smaller vehicles, the Maverick name would be perfect for Ford's upcoming compact SUV (teased above). Details about it remain scant, but Ford describes the vehicle as “designed to win a growing number of people who love getting away and spending time outdoors with their families and friends.”

The Timberline name could take much longer to arrive on the road, if it ever does. Ford filed for the moniker on January 11, 2018, and the USPTO initially refused the application because of possible confusion with other trademarks.

Ford can appeal the USPTO's decision, but the long process for getting the Maverick name back shows that it could be years before we see a Ford Timberline in showrooms. Even if the model does go on sale, there could be confusion with the similarly named Honda Ridgeline.