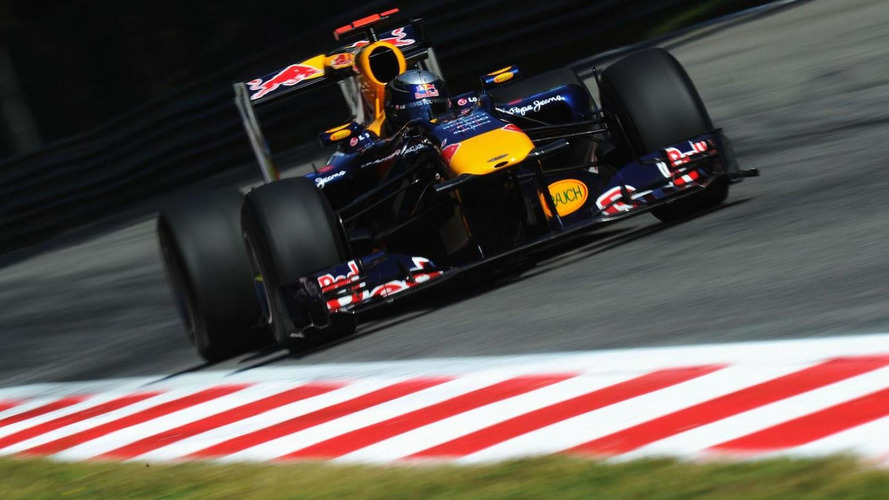 Red Bull has moved yet again to quell suggestions the flexible wing saga curbed the dominance of its RB6.

Red Bull has moved yet again to quell suggestions the flexible wing saga curbed the dominance of its RB6.

McLaren's Lewis Hamilton re-fired the saga in recent days, suggesting that Adrian Newey's 2010 car is no longer as dominant as it was in Hungary in August because the FIA had yet to clamp down on the bodywork rules.

"After that Red Bull had to rebuild their car and take a step back," he said.

And Hamilton's teammate Jenson Button also mentioned the modified RB6 when asked about the likely performance of Red Bull this weekend in Japan.

"Suzuka suits Red Bull particularly well," he told the Cologne newspaper Express, "but they've had to make some changes to the front wing and the floor.

"They won't be as dominant as they were in Budapest any more," said the Briton.

Indeed, Red Bull Racing did arrive at Monza with modified wings and underbody, and at the same time Ferrari's Fernando Alonso began his winning streak.

But Newey told Auto Motor und Sport: "The modifications had nothing to do with the FIA. We passed the new tests at Monza with ease."

And team boss Christian Horner dismissed the latest talk about the legality of the RB6 as frivolous.

"There haven't been many bits they (Red Bull's rivals) haven't complained about," he is quoted by News of the World.