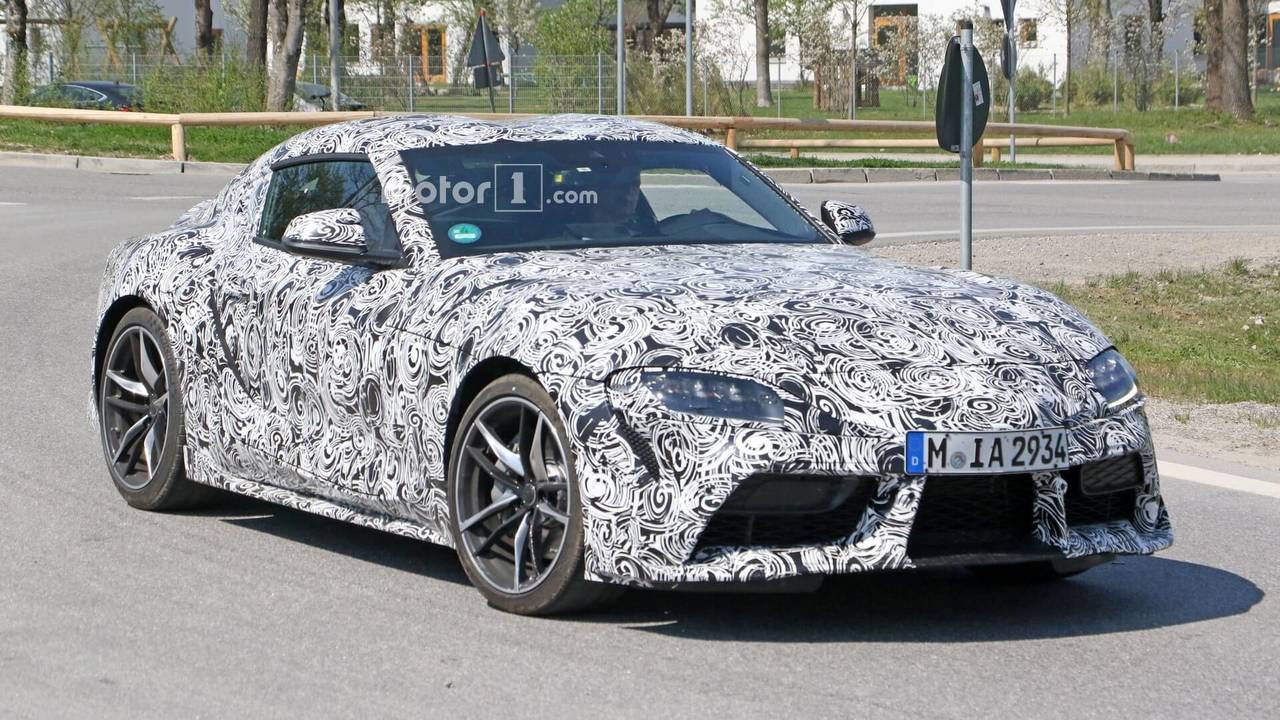 These could be the clearest spy shots to date of the much-awaited sports car.

We’re kicking off this week’s batch of spy shots with the much-awaited revival of the Toyota Supra. Discontinued in 2002, the rear-wheel-drive sports car is currently undergoing the final stages of testing until the highly anticipated world premiere set to take place this fall. The fifth generation was spotted carry not only the final body, but also what seem to be production-spec wheels featuring a snazzy two-tone look. Wrapped in Michelin tires, the alloys were trying (but failing) to hide the Toyota logos and our spies have told us the front axle had 225 rubbers.

As for the car itself, although dipped in camouflage from front to rear, was flaunting the now familiar double bubble roof, a prominent rear spoiler, and most of the taillights. We also get to see the two fat exhaust tips and an F1-like central LED fog light between them. Unless the swirly disguise is playing tricks on us, the rear bumper appears to be hosting vertical slats on its sides, which hopefully serve an actual purpose rather than simply being two pieces of plastic.

Moving at the front of the Supra, the headlights are mostly uncovered and are likely of the LED kind. Aside from incorporating those huge air intakes, the bumper has extra vents towards its sides, next to the corners of the lighting clusters. Overall, the design echoes the exterior appearance of Toyota’s FT-1 concept (pictured below) unveiled a little over four years ago.

Mostly developed in Japan, the new Supra will be the result of a tie-up between Toyota and BMW, with the latter to come out with a next-generation Z4. Plenty of details have been disclosed already about the reborn Supra, including important facts such as its BMW-sourced engine, the 50:50 weight distribution, the lack of a manual gearbox, and the planned race car version. We also know it’s going to be considerably more expensive than the $26,255 86 and will not get a hybrid powertrain.

All that’s left is for Toyota to finally reveal the car as the anticipation is killing us taking into account we’ve been sharing images of the resurrected Supra since September 2016.

Lego Ideas Toyota MkIV Supra from 'The Fast and the Furious'
++