Have A Closer Look At The Only New Ford Focus Heading To The U.S. 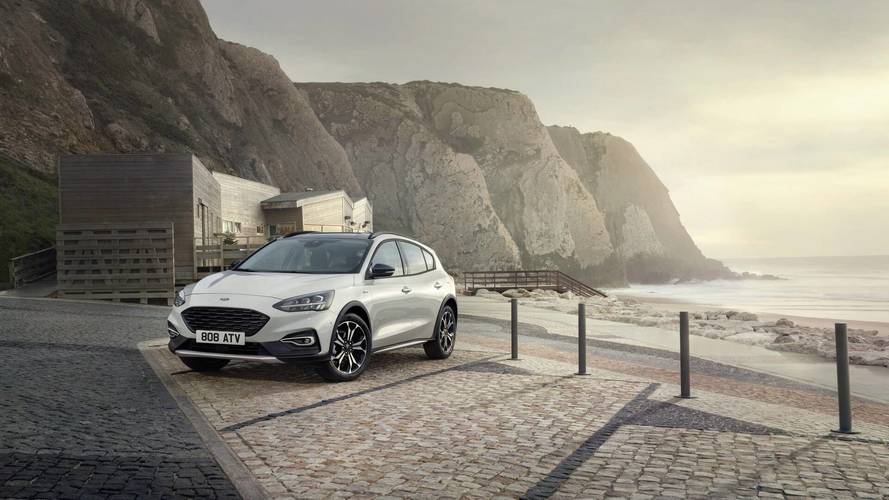 To be built in China for the U.S. market, the Focus Active will be a rugged five-door hatchback with crossover cues.

While global customers are spoilt for choice when it comes to ordering a new Focus, it’s going to be an entirely different story in the United States. Ford announced this week plans to cut back on the number of versions available for its compact model to just one: Active. What is it? Essentially, it’s the regular five-door hatchback version with a pair of stilts and a more rugged appearance granted by the extra plastic body cladding.

Compared to the normal fourth-generation Focus, the Active model sits 30 millimeters (1.18 inches) higher and benefits from front and rear skid plates to further enhance that crossover-ized look. According to the press release published by the Blue Oval, the interior cabin will also be going through some changes over the standard model by featuring “textured materials and surfaces.”

With the demise of all the other versions for the U.S. market, it means enthusiasts won’t be able to pick up a new ST, nor will they able to head to their local Ford dealership and purchase the range-topping RS reportedly due in 2020. Europeans and customers from other parts of the world will continue to have the Focus in these two hotter derivatives, along with the sedan and wagon body styles. Not only that, but with the all-new Focus, Ford is introducing a more luxurious Vignale trim.

As to what will power the one and only U.S.-spec Focus, our money is on the company’s newly developed three-cylinder 1.5-liter engine. The gasoline unit has already been confirmed for North America, so putting two and two together, it would make perfect sense for the Focus to get the new EcoBoost capable of running on just two cylinders under lower loads to save fuel. Don’t worry about noticing when the engine “loses” a cylinder as Ford says the switch is made in 14 milliseconds or 20 times quicker than the blink of an eye “with no compromise in performance or refinement.”

In regards to output, the engine has been developed in two states of tune: 148 and 180 hp. It’s too soon to say which of the two will be available on the U.S.-spec Focus or if Ford will sell both of flavors of its new EcoBoost. In Europe, the three-cylinder unit will be offered with an updated six-speed manual gearbox and an optional new eight-speed automatic, but the latter will only be mated to the lesser version of the engine.

The U.S.-bound Ford Focus Active will be imported from China beginning with mid-2019, so expect to see it in showrooms as a 2020MY.