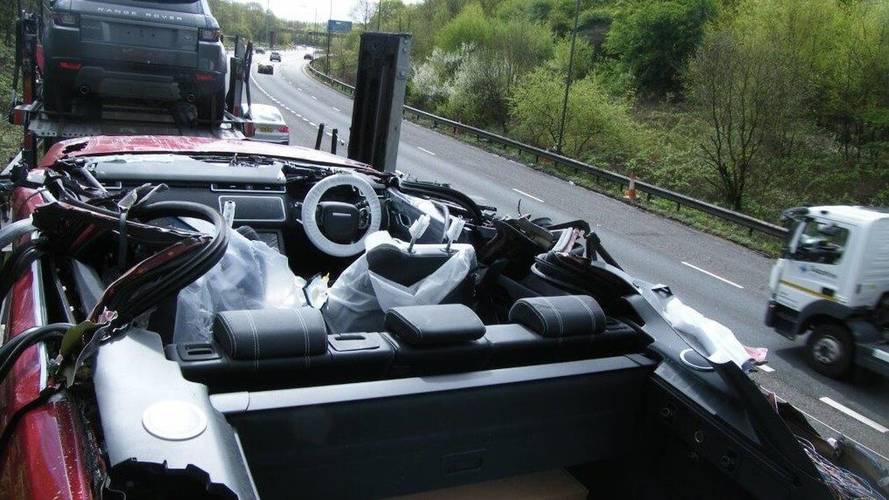 Are you patiently waiting for a shiny new Velar? We're afraid your order might be delayed.

The idea of a Range Rover Velar Convertible is something you’d expect to hear from Jaguar Land Rover’s Special Vehicle Operations division, but unfortunately this one-off droptop SUV was not developed by talented folks from the Woking-based SVO team. A car transporter carrying Land Rovers had an unfortunate encounter with a bridge after the driver forgot to lower the top deck.

The latest on the Range Rover Velar:

Upon impact, the SUV’s roof was chopped off entirely, thus accidently creating the world’s first Velar Convertible. The unusual accident happened earlier this week in the United Kingdom on the M61 near Farnworth, and while the car is beyond repair, what matters the most is that the driver is safe and sound.

A total of three vehicles were on the transporter, including an Evoque that was also damaged following its close encounter with the bridge. Located on the bottom deck, the third one was more fortunate as it escaped without suffering any damages.

If you’ve been patiently waiting for your right-hand-drive Range Rover Velar to be delivered from the Solihull factory, it goes without saying that your order has been delayed. Same goes for the owner of a gray Evoque, which although seems to be repairable, Land Rover will obviously build a new one at its plant in Halewood.

Who knows, maybe this incident will give the automaker an idea to create a convertible Velar that would join the droptop Evoque.