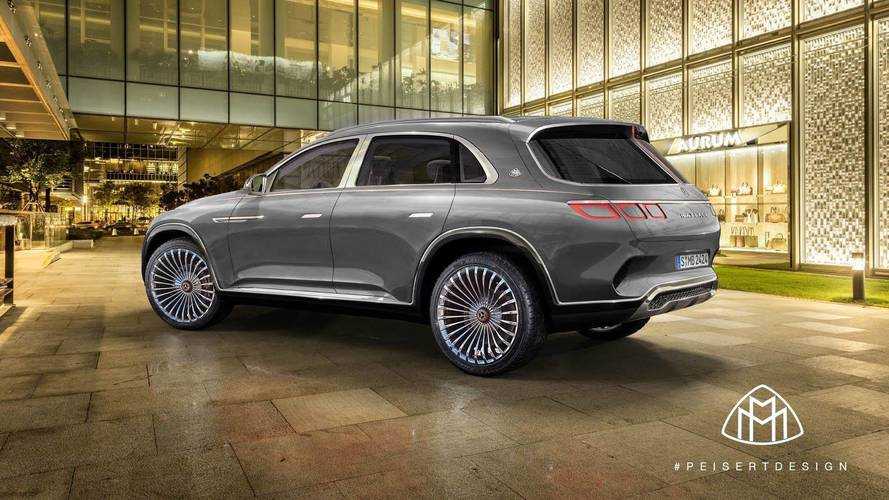 The Mercedes-Maybach Vision Ultimate Luxury SUV concept is not what you might call a traditionally styled crossover. The high-riding vehicle, which made its debut this past week at the Beijing Motor Show, blends SUV cues with sedan styling to create a questionable final product. But one designer has given the Maybach concept a more traditional twist by fitting it with a true SUV-styled rear – and it looks much better.

Peisert Design has transformed the Maybach Vision from a strange-looking, part-sedan part-SUV concept, into a more traditional looking vehicle. It actually looks like a real luxury SUV, competitive with cars like the Bentley Bentayga, Lamborghini Urus, and others. The concept ditches the sedan styling in place of a regular SUV rear, which not only improves the look of the concept, but would also give it more capacity in the real world. The silver finish instead of the original red is also a nice touch.

Questionable styling aside, at least the Maybach Vision concept is plenty powerful. A fully electric powertrain with four electric motors produce a total of 738 horsepower (550 kilowatts). The 80-kilowatt-hour battery has an estimated range of over 200 miles (322 kilometers) on a single charge, and a fast-charging system would allow it to be recharged up to about 60 miles (97 kilometers) in just five minutes.

Good news is, the Maybach Vision remains just another strange concept, the company has no plans of putting the vehicle into production as is. If Maybach did decide to build an SUV, though, it would likely be based on the Mercedes GLS – which would make it a more traditional SUV, something similar to the rendering pictured here, thankfully.