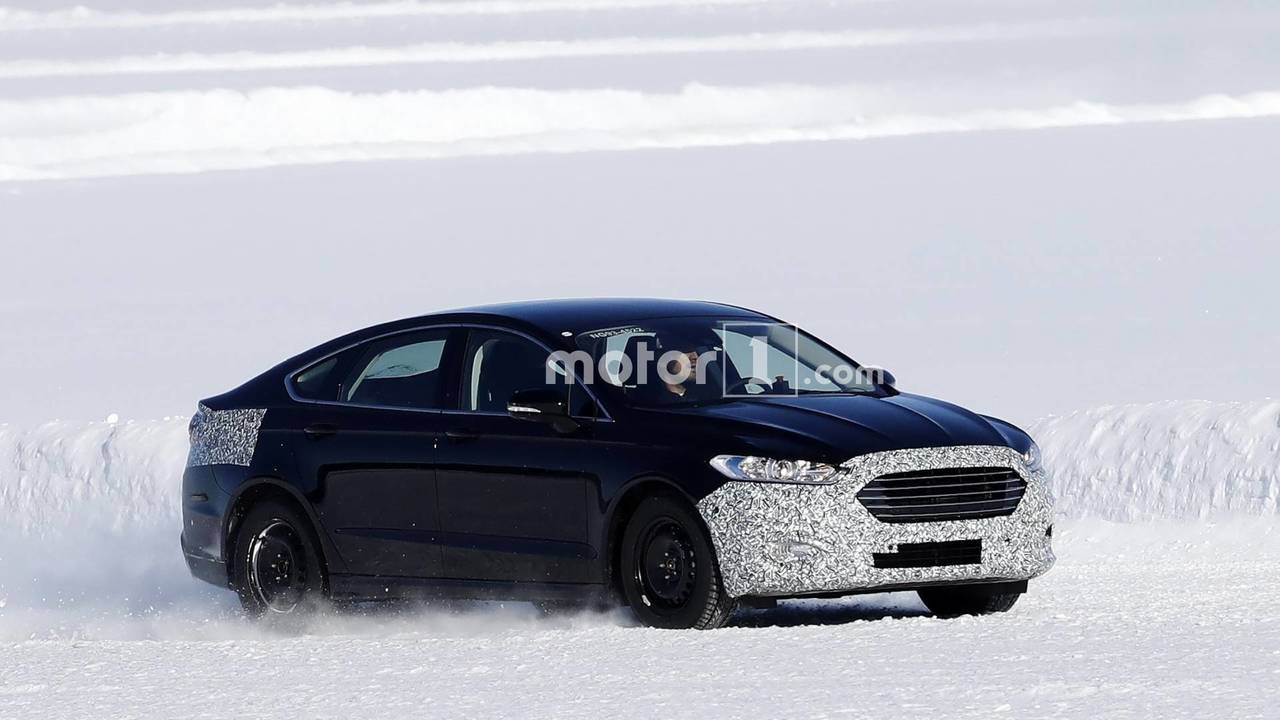 The announced demise of the Fusion raises questions about the fate of its European sibling.

Yesterday, Ford North America announced radical plans to eventually eliminate a plethora of models from its lineup, including the once popular Fusion. People are already beginning to wonder whether the equivalent European-spec Mondeo will be facing the chopping block in the years to come, with Auto Express mentioning the midsize sedan could in fact be axed by the end of the decade.

The silver lining is you can still buy a Mondeo today, though perhaps it would be better to patiently wait for the facelifted version. The British magazine is citing a Ford Europe spokesman who has promised the belated mid-cycle refresh will be out later this year on the old continent, which isn’t all that surprising considering a thinly camouflaged prototype was spotted about a month ago in snowy Sweden.

What to expect? A lot, actually. Ford’s representative said that aside from the usual styling tweaks inside and out, the 2019 Mondeo will also feature new engines along with some “enhancements” for the Hybrid version. The Blue Oval’s spokesperson refused to go into details, but one could speculate the updated sedan might get the newly developed three-cylinder 1.5-liter EcoBoost engine that debuted in the 2019 Focus.

Featuring cylinder deactivation tech allowing the Focus to run on just two cylinders, the gasoline unit will be available in the compact hatchback, sedan, and wagon models with 148 and 180 horsepower. With the three-cylinder replacing the old four-cylinder in the Focus, an engine also currently offered for the base Mondeo as well, it’s a logical assumption to make that it’s heading to the midsize model, too.

Beyond the forthcoming facelift, the Mondeo’s future seems uncertain taking into consideration the Ford spokesperson refused to comment when asked whether a new generation is being developed, only saying “the Ford Mondeo remains a core part of our product line-up in Europe.” That probably means it will stick around for a couple of years, but ultimately the company might decide to pull the plug and label the Mondeo as another victim of the SUV sales boom.