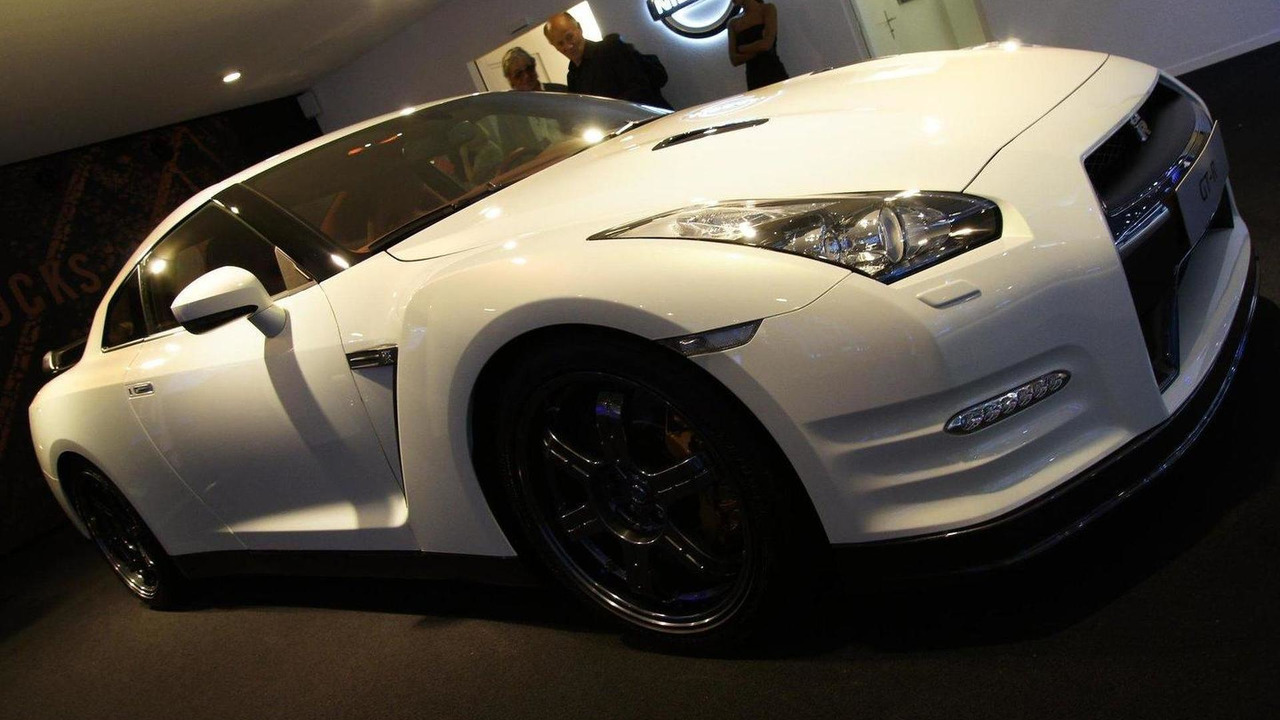 Find out a few details about the 2012 Nissan GT-R facelift, and see the latest photos, inside.

We were surprised to find out that Nissan is showing off the facelifted 2012 Nissan GT-R at the Paris Motor Show with no fanfare whatsoever.  Perhaps it is because the highly sought after street-legal race car was spied a few days ago fully undisguised at the Nurburgring.

As expected, the car has a center-mounted rear LED fog light to comply with EU rules, but the car also looks to have more glossy black center section around the license plate and headlamps washers than what the spied prototype was displaying.  The car, situated next to a very bored looking model, also has LED daytime lights on either side of the new front bumper.

We're betting the car went unannounced because final power figures have not been determined.  After all, the GT-R fanbase craves that data more than just about anything.  Rumor has it the power output could top 540 PS, but no confirmation on that just yet.  As previously reported, we expect an upgraded braking system, chassis and suspension.  A new rear diffuser is also added at the back.

The 2012 Nissan GT-R will likely get a formal announcement in the fourth quarter of 2010.