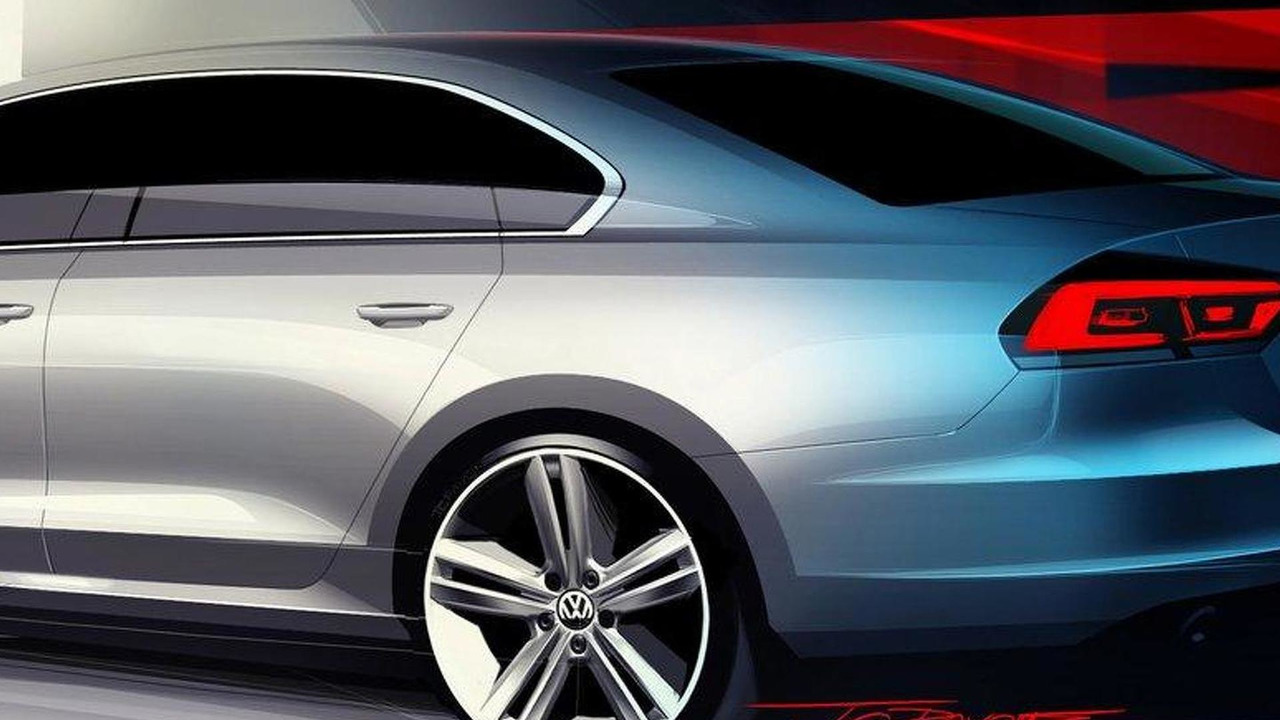 When will the Volkswagen New Midsize Sedan debut? Find out more inside.

New renderings of the Volkswagen NMS, or New Midsize Sedan, were revealed by the automaker earlier today.  The car, recently spied during hot weather testing in the desert of the American West, has been confirmed for a Detroit Auto Show reveal in January 2011.

The car will hit the U.S. market roughly six months later, with a starting price of about $20,000.  The automaker is hoping to sell 100,000 NMS units annually.  While VW did not confirm the price points today, but did acknowledge that the NMS will be built alongside the U.S.-spec Jetta at the company's Chattanooga, Tennessee, plant.

Several similarities can be gleaned from looking at both the renderings and the recent spy pics.  The deeply grooved hood that is so prominent in the drawings does show through the camouflage of the real prototype.  The proportions, split by the wide B-pillar, look to have been well maintained, leading to the wide C-pillar.

At the same time, the spy photos show blander rocker panels, and a stubbier looking rear end than what is displayed in the renderings.  It should be an interesting unveil in Detroit, and look for more spy pics to pop up in the coming months.