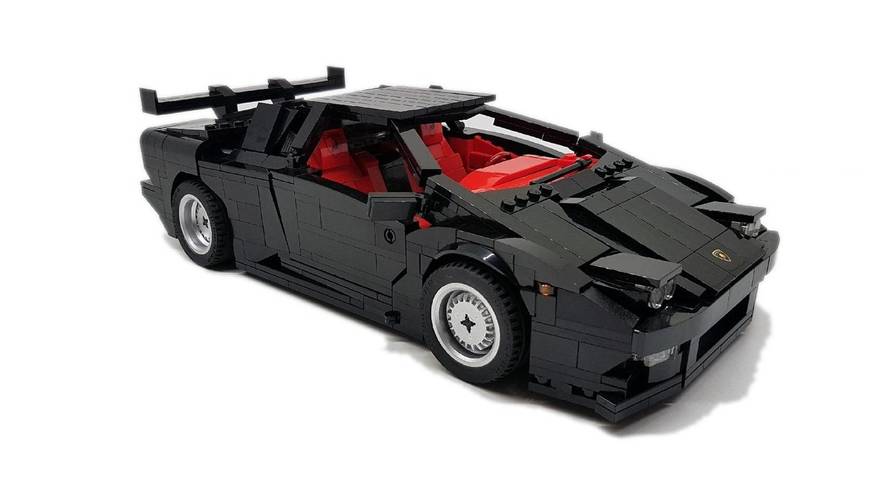 9,500+ more supporters are needed for this supercar build to push through.

Aside from pop culture subjects, some of the best things you can build with plastic bricks are cars. In fact, Lego has been creating official builds of iconic vehicles such as the Mini Cooper and Volkswagen Beetle for some time. And, if you want something faster and more intense, the company also offers sets for sports cars like the Mercedes-AMG GT3, McLaren 720S, Nissan GT-R Nismo, Ferrari 488 GT3, Porsche 911 GT3 RS, among others.

With all these cool cars available as a Lego build, there’s one well-known automaker that’s missing. Where’s Lamborghini?

This might be the exact question that went through the mind of Dani87, an aspiring building blocks artist who submitted a Lamborghini Diablo to the Lego Ideas project.

That’s right — the ‘90s icon, which was the first production Lamborghini to break the 200-miles-per-hour barrier, could be yours as an official Lego set if Dani87’s project gets enough supporters in the next 12 months. How many, you ask? It needs to get at least 10,000 supporters before Lego proceeds to review the project for approval.

Now, why does it deserve your support? Just look at those photos.

The Diablo Lego build is based on the limited-production GT that was introduced in 1999. Its details are astonishingly on-point, complete with opening scissor doors, hood, and trunk, as well as a fully-detailed V12 engine, interior and exterior stickers, and many chrome parts.

Better yet, you have the option to go for the pre-facelift pop-up headlights instead of the clear-glass type of the GT. You can also choose the coupe body type or go top-down with the roadster build. Further customization includes two different spoilers and sets of rims.

This proposed Lego build definitely gets a thumbs up from us car nuts. If you want this Diablo project to push through and be sold as an official Lego set, sign up at the Lego Ideas website, search for this piece of art, and vote for it.