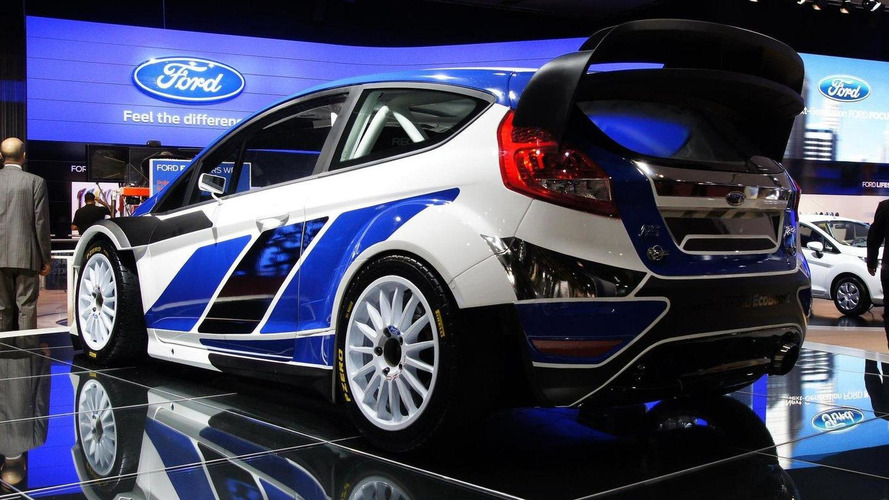 Ford Fiesta WRC will replace the Focus WRC and comes with a 1.6 liter direct-injection, turbocharged EcoBoost engine. The Fiesta WRC will makes its racing debut at the Rally Sweden in February 2011.

Just as Citroen Racing is downsizing its WRC entry, going to the smaller DS3 shell from the C4, Ford is doing the same with this new Fiesta WRC, replacing the Focus WRC which has been rallying since 1999.

Ford will be racing the Fiesta WRC in the 2011 World Rally Championship which begins in February with the Rally Sweden. Ford's current drivers are Mikko Hirvonen and Jari-Matti Latvala, both from Finland.

"We are right on track with our development and the team is delighted with testing to date," said team director Malcolm Wilson.