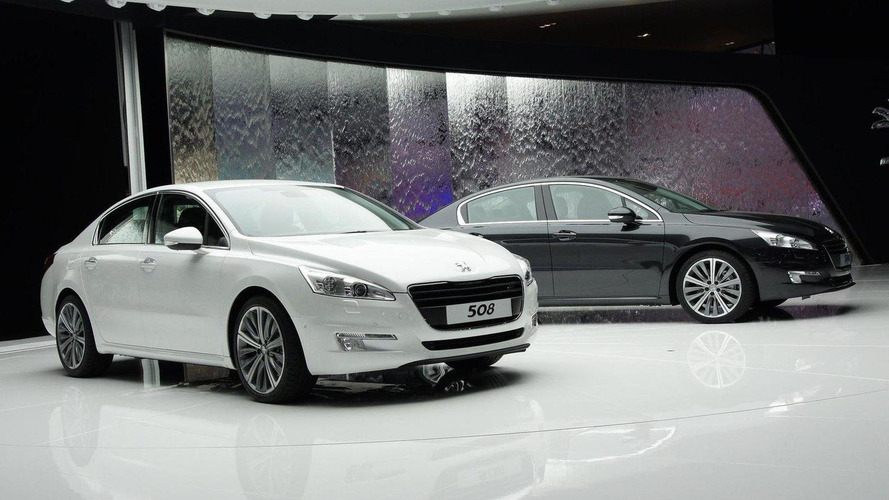 Peugeot has unveiled the new 508 model at the Paris motor show today.

The 508 will be the Peugeot model that replaces both the outgoing 407 and 607 (the former flagship). In truth, though, Peugeot is getting out of the premium full-sized sedan market by dropping the 607 and sticking to the bread and butter mid-sized segment that the 508 will compete in.

The 508 comes with a fairly long list of power plant options in its brochure. Peugeot will offer the model with 8 different engine configurations, with power output ranging from 112 bhp (84 kW) to 204 bhp (152 kW), in keeping with its competitor, the VW Passat which offers an array of 10.

Amongst those 8 engine offerings will be 5 diesels, a very important element for the Peugeot brand. The 508 will include Peugeot's e-HDi (which includes a stop/start system) technology to improve the fuel economy ratings of its diesel lineup.

The top range diesel is the 2.2 liter HDi producing 204 bhp (152 kW) and 450 Nm of torque which will also feature e-HDi technology to bring its CO2 rating down to 150 g/km, significantly below that of the previous 2.7 liter V6 diesel.

In 2012, the 508 will also get Peugeot's 4HYbrid drive technology with features a 1.6 liter direct-injection turbocharged engine coupled with an electric motor on the rear axle for an all-wheel drive system with a total of 147 kW (200 PS) on tap.