The supercar set a record at the U.K.’s Vmax200 event.

Koenigsegg is no stranger to setting impressive high-speed records in its cars. And while an Agera RSN – essentially the last Agera RS to be built – did not quite go as fast as the 277.9-miles-per-hour record set last year in Nevada, it still posted a very impressive velocity: 242.43 mph, achieved in less than 1.3 miles.

The record was set at an event in the U.K. called Vmax200 that rents out runways so that owners of extremely powerful cars can test their vehicles’ mettle. And a Koenigsegg Agera RSN set a new record at this month’s event, clocked 242.43 mph. That beat the Vmax200 group’s previous all-time speed record of 240 mph, which was set by a Koenigsegg One:1 in 2016. 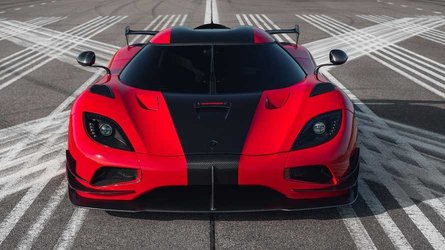 Koenigsegg Agera RS Refinement Is A One-Off With One:1 Influence
⠀ 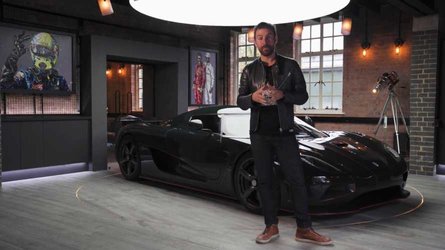 Discover What Made The Koenigsegg Agera R Such A Record-Breaker

As to this year’s high-speed run, the Agera RSN’s owner, Neil Miller, first managed to crack 234 mph in his car. But then one of Koenigsegg’s factory drivers, Niklas Lilja, took the wheel and managed to push on by another 8 mph.

“The car was strong all day. We had to do a little fine tuning on the active rear wing as we progressed through the day so we probably left a few mph on the table for next time,” Lilja said in a statement.

Last year in the Nevada desert, a Koenigsegg Agera RS set a new Guinness World Record of 277.9 mph. The record attempt was done at the request of the car’s owner, who wanted to verify the 1,360-horsepower machine’s performance. And on-board video shows the RS went even faster than that record figure, briefly touching 284.3 mph (the record number is the average speed over two runs).

Koenigsegg announced earlier this month that it has built all 25 examples of the Agera RS that will be made, and now will focus on building two Agera Final Edition models before turning its attention to continuing production of the Regera. The RSN was technically the last Agera RS that was supposed to be built – though the company also had to rebuild and replace a car called “Gryphon” that was heavily damaged during a testing crash.

The most recent Koenigsegg Agera RS to be delivered, badged as Agera RSN, took to the track last weekend in the United Kingdom and emerged with a new VMax200 top speed record.

VMax200 is a top speed event held several times per year at airfields around the UK. This edition of VMax was held on a 2.1km track at Kendew Barracks, east of Leicester.

Early runs saw the car’s owner, Neil Miller, at the helm, including one run up to 234mph with his son riding shotgun. An hour later, Koenigsegg factory driver Niklas Lilja took the wheel for the final runs of the day, topping out at 242 mph – a new VMax200 record.

“The car was strong all day. We had to do a little fine tuning on the active rear wing as we progressed through the day so we probably left a few mph on the table for next time. Overall, though, it was a very satisfying event, and a good way to back up the experience we had setting five new world records in Nevada last year.”

The previous VMax200 record of 240 mph was set in 2016 by the Koenigsegg One:1 with LMP1 racer Oliver Webb behind the wheel.

“The car was unbelievably fast and we have a very happy owner here today. The One:1 that set a record in 2016 was software-limited to 240, which Oli hit quite early in the run. It’d be an interesting exercise to remove the limiter one day and see these two cars go head-to-head. Either way, it’s a wonderful thing that it took a Koenigsegg to break the record held by another Koenigsegg!

It should also be noted that there was a group of highly modified vehicles here today with incredible horsepower figures. To finish top of the table in production form against such dedicated, high-achieving privateers is a credit to the company.”