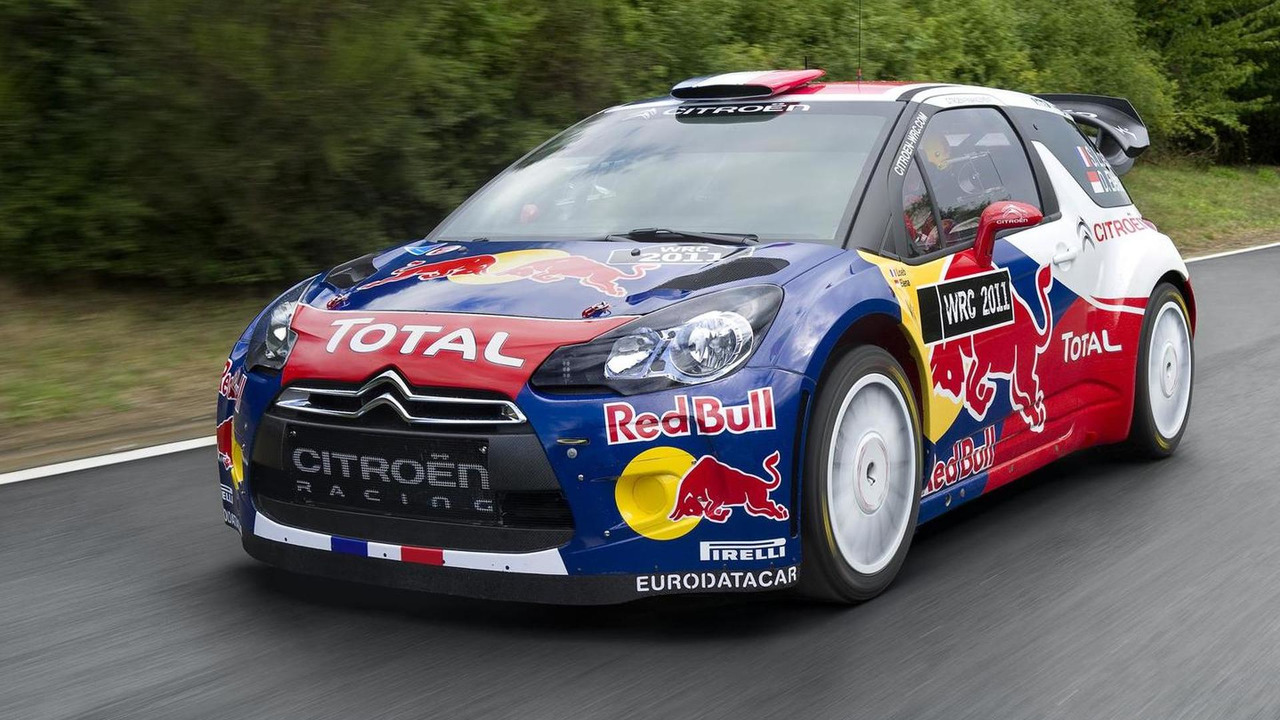 Citroën Racing has unveiled its new DS3 WRC rally car for the 2011 season.

Meeting all of the FIA's 2011 World Rally Championship requirements, the DS3 features a 1.6 liter direct-injection, turbocharged petrol/gasoline engine producing 300 bhp (224 kW/304 PS) and a maximum torque of 350 Nm at 3,250 rpm.

The DS3 WRC is built using the shell of the production DS3 model. But this is a racer and the technology on the car is quite different from the production model. The DS3 WRC comes with a roll cage chassis extension structure with over 40 meters of steel tubes and is, of course, a four-wheel drive.

Changes for 2011 include an aerodynamic splitter for the front bumper and a new rear spoiler for the tail. Maximum width allowed is 182 cm which Citroën Racing manages with the appropriate wings and bumpers to fit the 18-inch wheels (for the tarmac configuration).

Brakes come with a water-cooled 4-piston calipers for the tarmac setting with 355mm ventilated disks (300 mm for gravel) at the front and ventilated 300 mm disks for the rear.

The DS3 WRC will makes its racing debut at the Rally Sweden which takes place between February 10 and 13, 2011.