Here's hoping the new Q8 shows up sooner than later.

Audi has been testing its new Q8 SUV – both on the road and on the track – for a number of months now. Spy photos have captured the sleek coupe-style SUV covered in camouflage, and in certain cases, completely uncovered. But now, as we lead up to the SUV’s debut in just a few months, a new sketch on the Audi Facebook page gives us even more reason to be excited about the upcoming Q8. 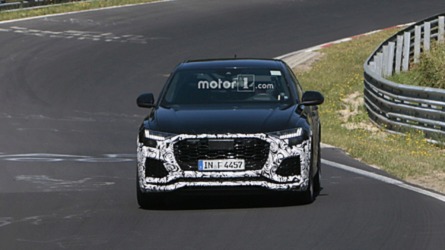 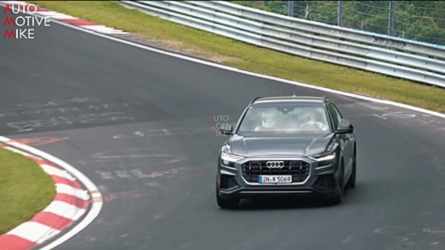 For what it’s worth, Audi doesn’t outright confirm that this is indeed a teaser for the new Q8. The lone image is paired with the caption, "He carries the gene of the #Audi #Urquattro," which isn’t all that telling, unfortunately. But there are some cues that could reveal its true identity.

For one, it’s easy to point out that this is an SUV; the tall body and large wheels give away the vehicle’s proportions almost immediately. In the rear, though, is where most of the details are uncovered. Unlike the Q7, the teaser shows a significantly sloped backend, similar to other coupe-style SUVs in this segment.

We won’t know all the details, unfortunately, until the Audi Q8 makes its debut in full. Earlier reports suggested that we wouldn’t see the new SUV until June, but rumors are suggesting that we could see it as early as this week at the Beijing Motor Show in China. We’ll keep our eyes peeled for any official details until then.