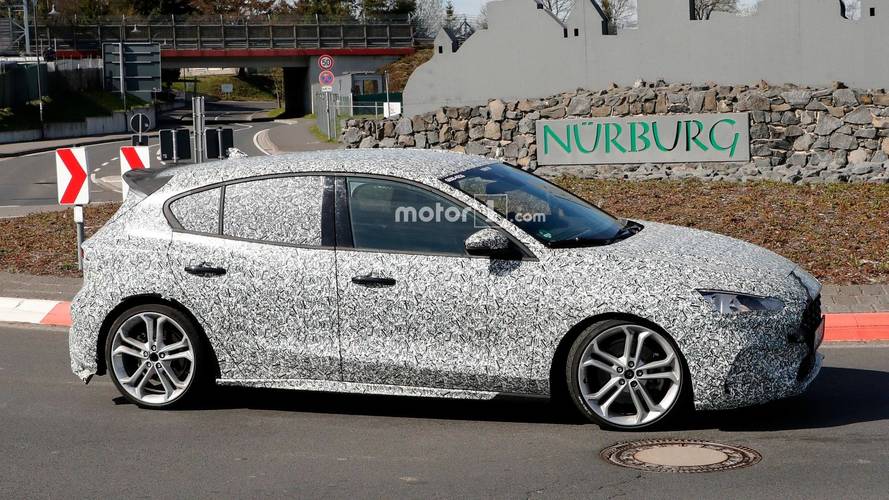 The hot hatch is expected to eschew the automatic transmission to go manual-only.

The fourth-generation Ford Focus was revealed earlier this month with sharper looks, an all-new platform, and more tech than ever before. Enthusiasts are now patiently waiting for the hotter ST to come out and latest intel suggests the hot hatch’s launch has been pushed back from late 2018 to the first quarter of 2019.

When it will eventually arrive, the next iteration of the Focus ST will in fact get a bigger engine if we were to rely on a new report coming from Autocar. It’s the exact opposite of what the publication wrote about a year ago when it said the next-gen model would downsize to a 1.5-liter gasoline engine. While that three-cylinder mill will power the lesser Focus versions, the performance-oriented ST will upsize from the outgoing model’s 2.0-liter unit to a 2.3-liter engine adapted from the mighty RS.

The reason why it won’t use a higher specification of the 1.5-liter found inside the recently launched Euro-spec Fiesta ST has to do with reliability concerns as extracting a lot more power over the supermini’s 197 hp would take its toll on dependability. While the aforementioned Focus RS packs as much as 370 hp in the Red Edition, for the new ST the engine will be de-tuned to somewhere in the region of 250 hp, which would be in the same ballpark as its predecessor.

The report goes on to specify the Blue Oval has plans to ditch the automatic transmission in order to offer the Focus ST exclusively with a manual gearbox. Details about a diesel engine for the European market have not been disclosed, but we won’t be too surprised if there’s going to be another one considering roughly 50 percent of the previous-gen cars sold had a TDCi under the hood.

Despite not gaining more power compared to the old one, the new Ford Focus ST should prove to be more nimble and agile considering the regular fourth-gen car has lost up to 88 kilograms (194 pounds), so a significant diet should also be in tow for the new ST.

The wraps will come off most likely in February 2019, prior to a public unveiling at the Geneva Motor Show a month later.