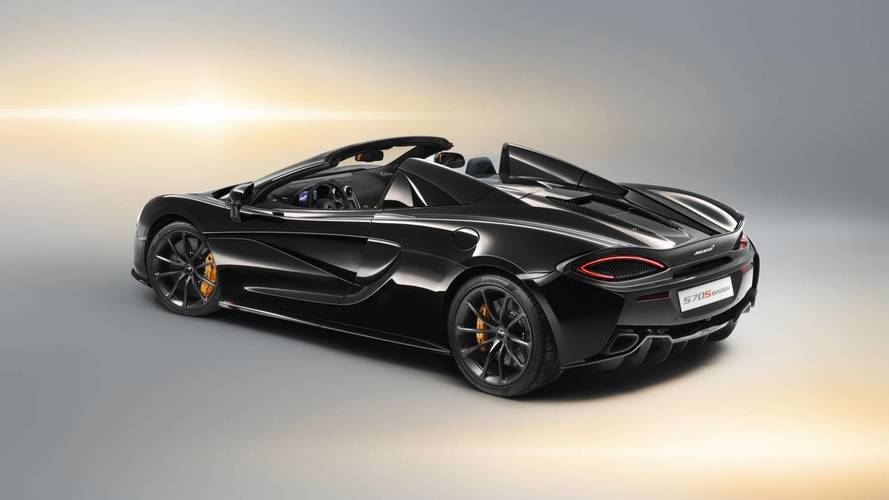 Why bother personalizing your droptop supercar when McLaren can do it for you?

In November 2016, McLaren’s talented design team created five “Design Editions” of the 570S Coupe and now the Spider has received the same special treatment. This one too has five different personalities based on the supercar’s body paint: Silica White, Storm Grey, Vermillion Red, Onyx Black or Vega Blue. The company based in Woking says that you will be saving money by going for one of the Design Edition versions as it bundles more kit for less cash.

It’s offered as a customizable package on top of which customers can add other niceties, such as a plethora of carbon fiber extras inside and out. Depending on the 570S Spider’s exterior color, the cabin comes in a matching scheme, four of which have a sporty theme while the fifth one focuses on luxury. The company’s designers have also hand-picked the wheel finish as well as the brake caliper color, while the appearance of the hardtop was also on their to-do list.

Pictured here is the 570S Spider Design Edition 4, featuring a Onyx Black exterior with a body-colored hardtop. It rides on 10-spoke forged alloys with a “Stealth” finish complemented by the orange brake calipers with black McLaren logos. Inside, the theme of choice was “carbon black” Alcantara combined with McLaren Orange nappa and perforated leather for the seats. A similar theme has also been applied on the dashboard to round off the high-end visual package.

Images of the other four Design Editions have not been revealed, but the company promises they’re all “equally striking, living up to their designer-label credentials with an aesthetic appeal that is uniquely McLaren.”

The new visual kit for the 570S Spider comes just a couple of weeks after the introduction of an optional Track Pack, which shaves off more than 33 kilograms (73 pounds) and adds a more aggressive exhaust note. 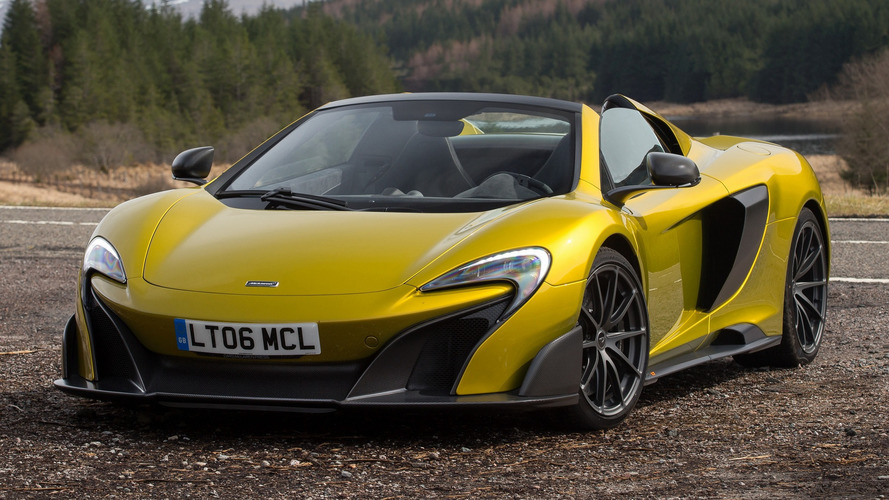 Inspired by the McLaren design team: greater choice and even more style as new 570S Spider Design Editions are unveiled

McLaren is offering Sports Series convertible customers greater choice than ever – as well as helping them with their decisions – with new Design Edition specifications for the acclaimed 570S Spider.

Five McLaren 570S Spider Design Editions are available to order now, each offering a different but entirely harmonious theme based around signature McLaren colour and trim options. Each Edition has been carefully curated by McLaren Automotive designers, ensuring that the colours, materials and finishes complement each other to perfection.

“There is a virtually limitless number of different personalisation opportunities for the McLaren 570S Spider and who better to begin the process than the people who designed it?” commented McLaren Automotive Design Director, Rob Melville. “We have selected key exterior and interior colours and finishes that we believe showcase the 570S Spider in the most desirable way and are offering them as Design Editions that we as designers would choose.”

The five new Design Editions have been created specifically for the McLaren Sports Series convertible, following the success of a Design Edition range for the 570S Coupé. As with the Coupé, the 570S Spider Design Editions offer a financial benefit over specifying the options separately. Customers can select additional features beyond the Design Edition content – such as carbon-fibre interior upgrades or exterior components – to further personalise their new purchase.

Each of the five Editions is based around a special body paint – Silica White, Storm Grey, Vermillion Red, Onyx Black or Vega Blue – with each matched to an interior scheme from the By McLaren Designer range; four sporting and one with a more luxury accent. Wheel finish, brake caliper colour and branding and finish of the 570S Spider’s electrically retractable two-piece hard-top are also all selected by McLaren designers to deliver the most visually balanced and pleasing result.

The four other Design Editions are equally striking, living up to their designer-label credentials with an aesthetic appeal that is uniquely McLaren. All display very different personalities, but all show the 570S Spider’s athletic, shrink-wrapped body and inviting open-top cabin in the most alluring way. Information about each of the Design Editions can be found at: cars.mclaren.com

The Design Edition joins the recently-announced 570S Spider Track Pack, with its emphasis on lightweight options including carbon-fibre race seats, in the Sports Series line-up. With its sculpted teardrop body and form-follows-function ethos, the mid-engined, two-seat 570S Spider is a convertible without compromise – not only as beautiful as the 570S Coupe, but also equally dynamically gifted.