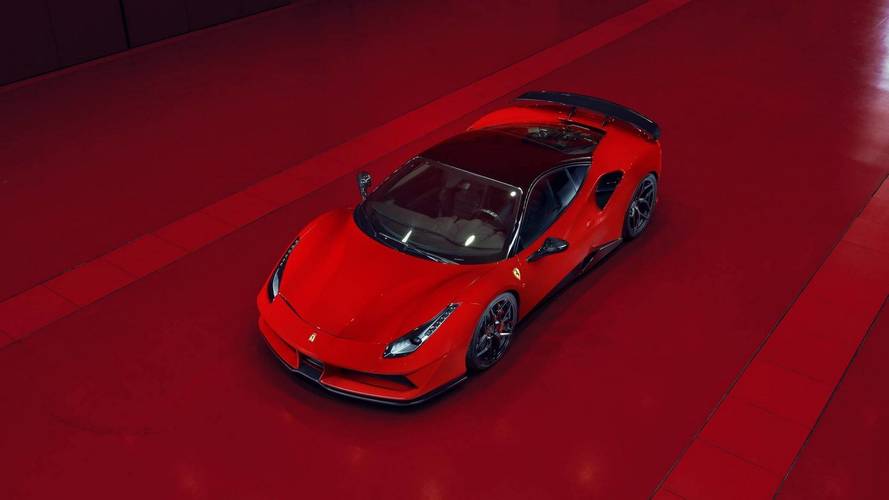 The comprehensive upgrade package unlocks a top speed of 215 mph.

Ferrari took the 488 GTB to the gym where the mid-engined V8 machine replaced some of the fat with muscle for the more hardcore Pista version revealed exactly two months ago. The talented folks over at Pogea Racing have now done basically the same thing, and actually managed to squeeze even more power from the biturbo 3.9-liter V8. While Maranello’s ultimate expression of the 488 packs a massive 720 horsepower and 770 Newton-meters (568 pound-feet) of torque, the FPlus Corsa project ups the power ante by a further 100 hp and 130 Nm (96 lb-ft) to 820 hp (603 kW) and 900 Nm (664 lb-ft).

Safe to say the standard Pista is quick:

Besides tweaking the engine, Pogea Racing also fiddled with the exhaust system and installed stainless steel flaps making the most out of the V8’s glorious soundtrack. The upgrades made to the powertrain have had a positive impact on the 488 GTB’s performances as it’s now actually a smidge quicker than the higher-end Pista. The acceleration from 0 to 62 mph (100 kph) takes only 2.8 seconds (2.85s for the Pista) and top speed has been raised to 215 mph (345 kph), which is in the same ballpark as the Pista’s “in excess of 211 mph [340 kph]” velocity.

Pogea Racing took some time to develop an aerodynamic body kit highlighted by the big wing at the back. Most of the new bits and pieces are made from carbon fiber to keep the weight low by shaving off 42 kilograms (93 pounds), while the custom 21-inch wheels come wrapped in Michelin tires. Photos of the interior have not been provided, but there are plenty of ways to spice up the cabin to complement the upgrades made on the outside.

If you happen to have a Ferrari 488 GTB in your garage and are willing to give it a dose of tuner-prescribed steroids, Pogea Racing says it will only convert 20 cars and all the changes will be made in Germany. The limited-run FPlus Corsa was revealed this week on the occasion of the 2018 Top Marques event in Monaco where the company announced the upgrade package is going to kick off at €35,000, which works out to about $43,100 at current exchange rates.