European Car Sales Dragged Down By Nissan, Ford And Fiat In March 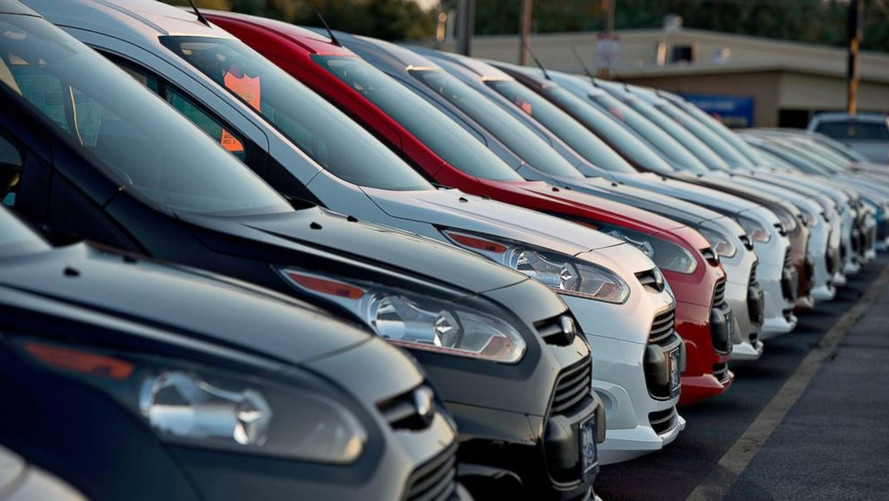 Three of the world's biggest carmakers suffered a sales slump in the European market in March – Nissan, Ford, and Fiat all shifted fewer units last month as overall new car registrations in Europe were dragged down to a 5.2 percent drop by the three, according to new data published by continent-wide industry association, the ACEA.

Just 1.84 million cars were sold in the European Union and the European Free Trade Area last month, with overall first quarter growth sitting at 0.6 percent, according to the Brussels-based group.

More from the European market:

"Momentum is starting to slow in some markets and especially in the United Kingdom," the ACEA said in a statement.

Nissan saw its sales drop by 16.3 percent last month, while Ford was down 14.6 percent. While Fiat Chrysler property Jeep enjoyed a 42 percent leap in sales, it was a poor month for the Fiat brand itself – which saw sales drop by 12 percent – caused the company as a whole to post a negative sales return.

They weren't the only companies to suffer – Renault sales fell by 3.2 percent and Citroen's by 3.7 percent, but sister brand Peugeot enjoyed a 1.4 percent increase in sales. For Volkswagen, it posted very little change in its monthly results.

In fact, despite the fallout from Dieselgate and its huge investment in electric mobility, Volkswagen has actually posted a new sales record in the first quarter of 2018. During the first three months of the year, Volkswagen increased its sales to a record 1.53 million cars, with 584,700 vehicles being sold in March – another record – as sales rose by 4.9 percent compared to March 2017.

The boost was helped by strong gains in China and the United States, which is surprising given that most of the controversy surrounding the company developed there. Quarterly deliveries at Volkswagen increased by 5.9 percent, with an 8.6 percent expansion in China, the carmaker’s largest market, and a sizeable increase in deliveries too. It wasn't all positive though – in Germany, Volkswagen's sales actually slipped by 0.8 percent.