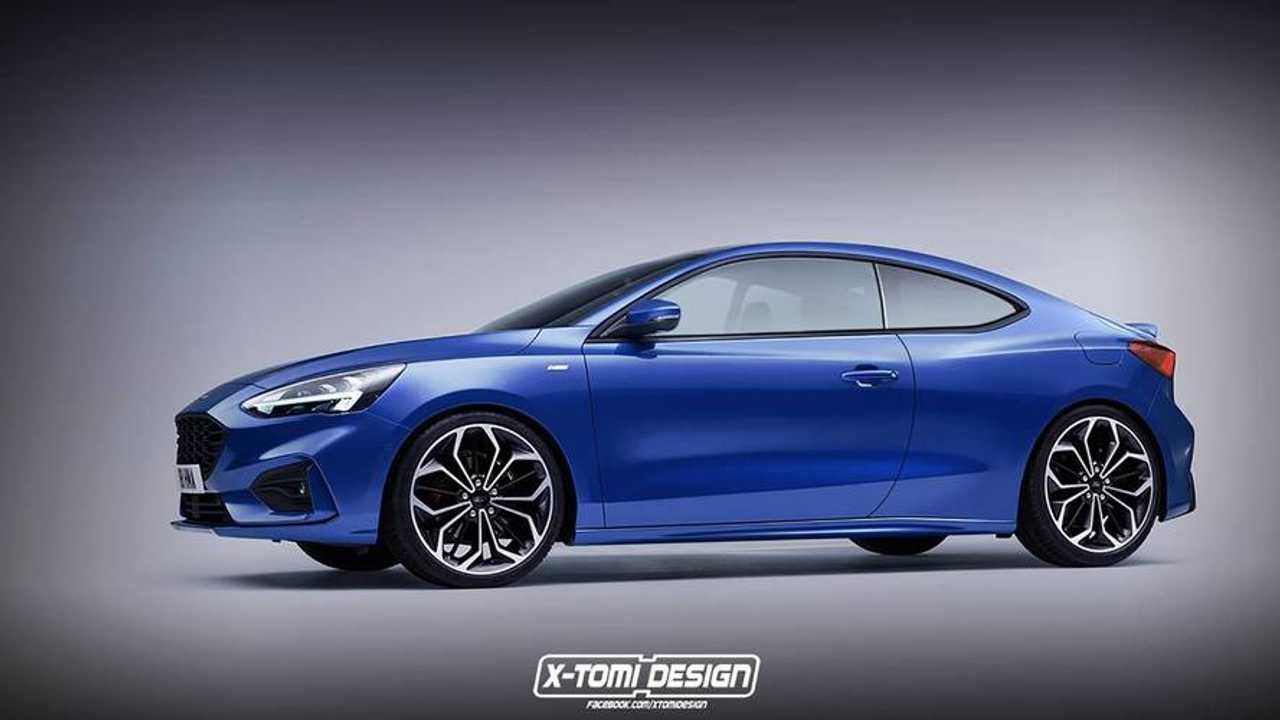 The next-generation of the Ford Focus is upon us, and one body style is still missing – the two-door that has come and gone throughout the car’s history. Yes, at one point, it was technically a three-door hatch. However, there was a period from 2008 to 2010 when Ford offered the Focus as a traditional coupe. It wasn’t the most attractive two-door, and Ford discontinued it due to slow sales. But that’s not the point. This 2019 Ford Focus coupe rendering shows how gorgeous a front wheel drive two-door can look – even if such a vehicle will never see the light of day.

Euro-spec Focus on the assembly lines:

It’s sleek, more so than its 2008-2010 sibling. The extended roofline down to the trunk gives the Focus a very sporty appearance, especially when you notice the creases down the body that sit over the wheels. It’s hard not to draw parallels between the rendering and the Ford ZX2 from the turn of the century. It’s almost like this rendering is a natural evolution of the ZX2’s design if the successor to the Probe hadn’t ended up in the junkyard after years of abysmal sales.

Image, though, Ford did build this and made a Focus RS version. All-wheel drive and 350 horsepower sound like a borderline devilish recipe for fun. Though, such a tiny performance machine would likely cannibalize Ford Mustang sales with its 300-plus horsepower four-cylinder engine and athletic looks. And that would be the last thing Ford would want.

Right now, the Focus coupe is just a rendering and nothing more. Compact two-door cars are already a rare breed. Honda has the Civic coupe in the U.S., and there's the Hyundai Veloster, but that’s about it – at least in North America. Not even The Kia Forte Koup is around. The European market is much more receptive to tinier two-door vehicles that pack power and style. However, a Ford Focus coupe will never materialize, so you can keep dreaming.