Given the model's success, there's probably not much pushing the company to offer another transmission option.

Anyone in the market for a new Aston Martin Vantage with a manual gearbox needs to exercise some patience because the option is still a year or more away from being available. If it's any consolation, the eight-speed automatic currently available in the sports car is quite nice.

When questioned by CarBuzz, Aston Martin spokesperson Matthew Clarke said that the manual gearbox “at this stage it is at least 12 months away.”

The latest Vantage features a svelte look. Under the hood, there's Mercedes-AMG's 4.0-liter biturbo V8 producing 503 horsepower (375 kilowatts) and 505 pound-feet (684 Newton-meters) of torque. The engine accelerates the lightweight coupe to 60 miles per hour (96 kilometers per hour) in 3.6 seconds. 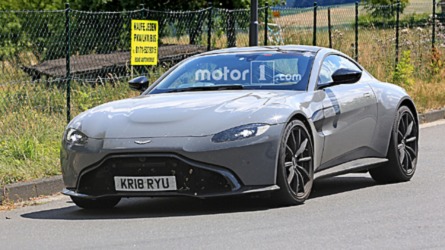 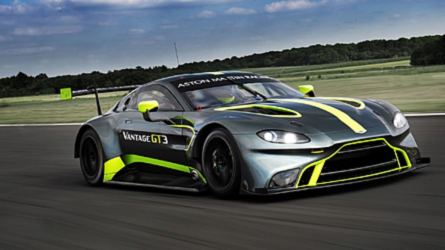 The lack of a manual transmission doesn't seen to be deterring customers from buying the new Vantage because the firm has preorders to cover the nearly entire production run in 2018 and has a waiting list for 2019. Aston had already tallied this interest within just a few days of the model's debut in 2017.

Later, a V12-version of the Vantage might join the lineup for folks looking for the DB11's 600-horsepower powerplant in a more compact package. There isn't a final decision yet, though. "The engine bay has been designed to replicate that of the DB11, so the pick-up points and so on are all there. The V12 would fit without the need for extensive modifications," company boss Andy Palmer said last year.

Conversely, there's no plan to borrow Mercedes' new turbocharged inline six for the Vantage because the firm doesn't need to resort to downsizing its powerplants yet.

A convertible version is highly likely to arrive later, too.