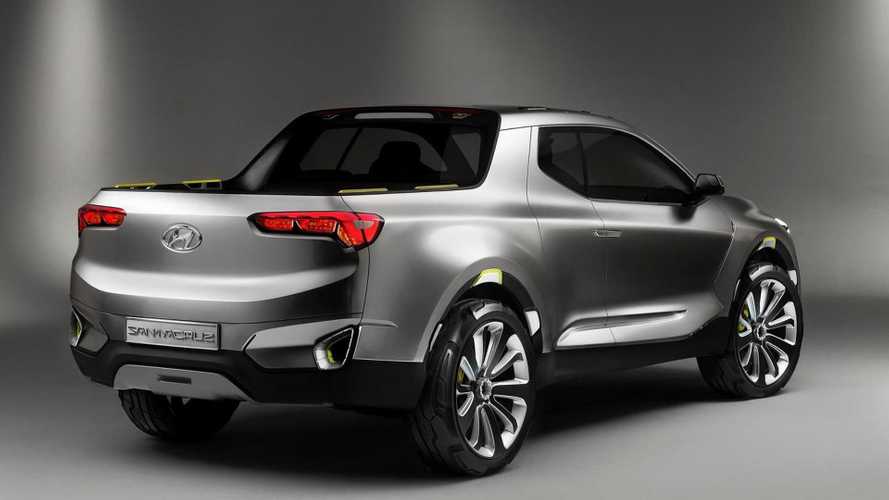 Set to directly go up against the Ridgeline, the road-going version of the Santa Cruz concept has been pushed back until 2020. Like its Honda competitor, the workhorse will attempt to offer a car-like driving experience bundled with the extra practicality granted by a pickup truck. Motor Trend had the opportunity to chat with chief operating officer of Hyundai Motor America, Brian Smith, who confirmed the utilitarian vehicle has been postponed and won’t hit the assembly line this year or in 2019.

Why the delay? The Santa Cruz was given the stamp of approval at the end of 2016 to go into production in 2018 and head to dealerships as a 2019MY, but then-CEO Dave Zuchowski was replaced and the pickup truck was put on the back burner. Last year, Hyundai changed its mind once again and gave the project the green light, so now a 2020 market launch seems highly plausible.

It’s not known at the moment of writing to which extent the concept’s design will influence the appearance of the production model. There’s also the matter of what will power it considering the concept had a diesel engine in the form of a four-cylinder 2.0-liter with 190 horsepower (142 kilowatts) and 300 pound-feet (406 Newton-meters). While that may have been perfectly acceptable in the pre-Dieselgate era, it remains to be seen whether the road-going Santa Cruz will feature a CRDi engine.

The pickup truck is expected to be based on an updated Tucson also due to come out in 2020 when Hyundai will roll out a large eight-seat SUV, which has been spied already, and will likely go by the name of Palisade based on a recent trademark filing.

Sister brand Kia is also toying around with the idea of a pickup truck, but the prospects of a launch in the United States are slim for now.