Brabham BT62 New Teaser Released Prior To May 2 Reveal 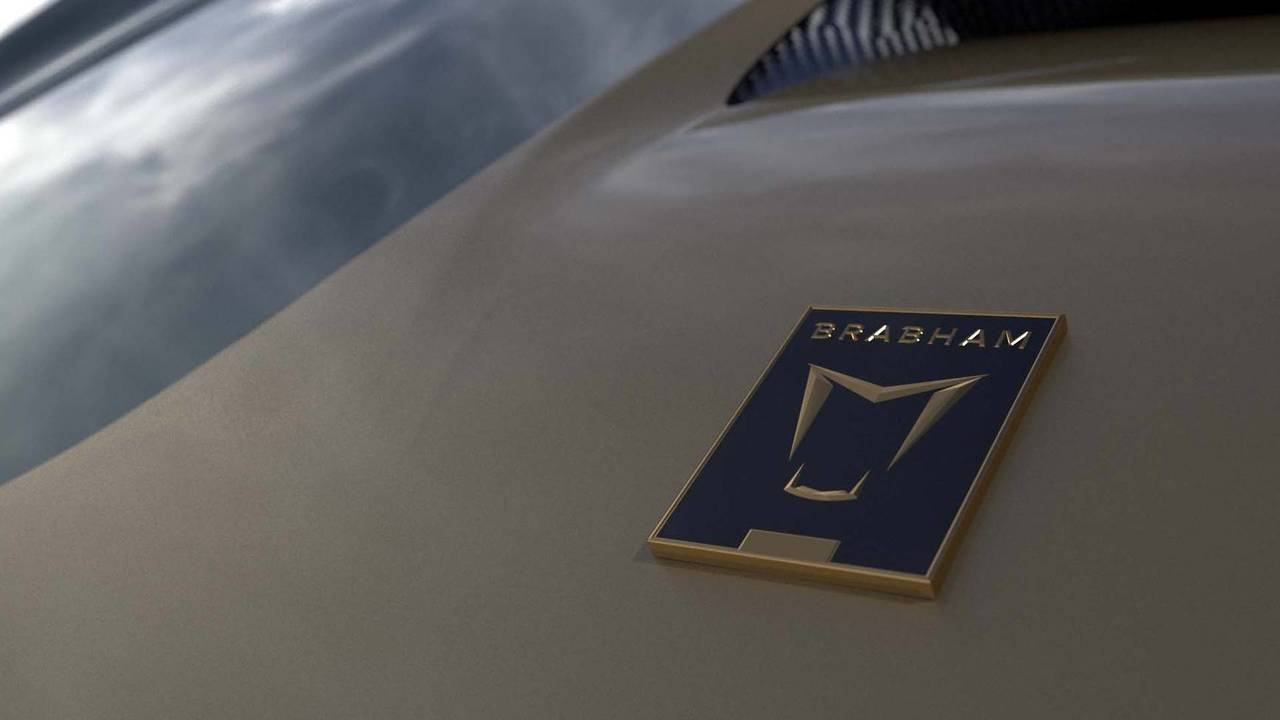 A 5.4-liter V8 apparently gives the car a 720 horsepower per metric ton power to weight ratio.

For the first time, Brabham Automotive is teasing its upcoming model with an actual photo of the vehicle. The BT62 will marque the famous racing team's revival as a supercar company. We'll finally get to see the model in full at the big reveal on May 2.

The most noticeable thing about the vehicle in this photo is the massive rear wing that's actually wider than the body. Further down, there is a pair of T-shaped LED taillights. The image also suggests a big diffuser for managing the supercar's aerodynamics.

More About The BT62:

Brabham will focus the BT62 on use at the track. The vehicle will weigh just 2,143 pounds (972 kilograms), and power will come from a naturally aspirated 5.4-liter V8. This setup will give the model a 720 horsepower (537 hp) per metric ton power-to-weight ratio, which should make for quite a quick machine. A body producing 2,646 pounds (1,200 kilograms) of downforce lets it stick to the tarmac. For maximum stopping ability, the model will use carbon-carbon brakes similar to Formula One cars, and it'll feature six-piston calipers at both axles.

Brabham will aim the BT62 at the very top of the supercar market. The firm will sell the model for a starting price of one million pounds ($1.4 million at current exchange rates), and it'll only build 70 of them.

Sir Jack Brabham was already a Formula One World Champion when he founded his own racing team in 1961. The crew eventually scored two constructors' championships. It also brought innovations to the sport like the bizarre BT46B fan car and the turbocharged BT52. The new BT62 will be the first vehicle to bear the firm's name in 26 years.

Brabham Automotive maintains its connection with the famous team by having David Brabham, Jack's son and a noted racing driver, as the firm's managing director.

Just two weeks ahead of its global unveiling, Brabham Automotive has released headline figures for the Brabham BT62, along with a photograph which gives a glimpse of its first car.

The teaser image shows the rear of a low-slung, race-inspired car. The BT62’s thin LED accent tail lights are reflected in its extreme carbon fibre rear wing, which points to the car’s performance potential.

With performance characteristics that point to the potency of the car, the new Brabham is pure-bred for the track and capable of setting blistering lap times, designed and engineered to demand more from the driver and reward the limited few who will rise to its challenge. The BT62 boasts a power-to-weight ratio of 730ps per tonne, a dry weight of just 972kg and is powered by a Brabham naturally-aspirated 5.4 litre capacity V8 engine.

With its performance-optimised body and aggressive aerodynamic package, the Brabham BT62 delivers over 1200kg of downforce. Saving additional weight and with additive performance, the BT62’s brakes are carbon/carbon – a current Formula 1 technology that was first introduced to the sport by Brabham in 1976 – featuring six pistons front and rear.

Celebrating seventy years since Sir Jack Brabham launched his racing career in Australia in 1948, production of the Brabham BT62 will be limited to just seventy cars. With a price of £1m plus local taxes, and before options, orders are being taken now, and first deliveries are expected later this year. Owners of the BT62 will join a Brabham driver development programme which will enable them to fully exploit the performance of the vehicle on the track.

Immediately following its reveal, the all-new Brabham BT62 will be on show at a prestigious central London location on Friday 4 and Saturday 5 May, amidst a breath-taking assembly of historic Brabham racing cars and memorabilia. Open to the general public, and with admission by ticket only, places are limited and demand is likely to be very high.

The public is invited to apply for tickets to see the all-new Brabham BT62 in person at www.brabhamautomotive.com/exhibition.