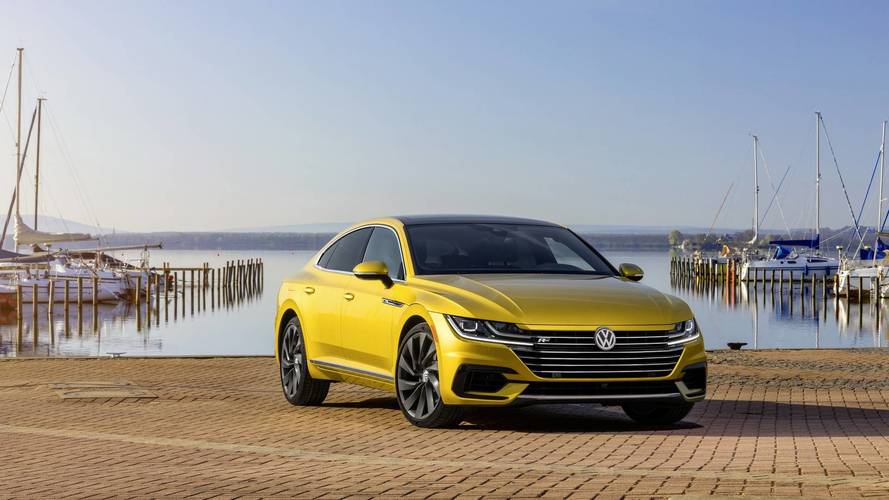 The Golf R is for the time being the only R-badged car you can buy from Volkswagen, but all that is about to change if we were to rely on a new report coming from Auto Bild. The reputable German magazine has it on good authority three additional R models are en route and will all be revealed before the end of the year. The models? T-Roc R, Tiguan R, and our personal favorite, Arteon R.

The latest gossip doesn’t actually come as a big surprise considering a similar report from Car and Driver from August 2017 said just about the same thing, plus the interesting prospects of a Touareg R and a beefier Golf R. The new intel also sheds some light about the engines these performance models will get, with the T-Roc R (pictured above in prototype guise) expected to boast the same turbocharged 2.0-liter gasoline engine as the aforementioned Golf R. In theory, that means it should have somewhere in the region of 310 horsepower.

As for the bigger Tiguan R – which has also been spotted several times - Auto Bild believes it could have the same engine (presumably with more power), unless VW will decide to borrow Audi’s larger five-cylinder 2.5-liter. It develops a cool 400 hp in the RS3 Sportback and Sedan, so a five-cylinder Tiguan R could have roughly the same output.

VW has been constantly teasing us with a new turbocharged six-cylinder engine and logic tells us the Arteon R would be a perfect candidate. It’s actually bound to be a VR6 and is rumored to have more than 400 hp, enough to allow the stylish midsize model “beat all the Porsche Panameras out of your way!” This bold statement was made at the end of last year by VW’s product line spokesperson, Martin Hube. If there will ever be a Touareg R as the rumors indicate, that one too will likely be blessed with the bigger engine.

But what about the meaner Golf R? Auto Bild isn’t saying anything about what Car and Driver referred to as a “more extreme” version. That being said, in September 2017, our spies caught on camera a Golf R with Audi’s RS-specific dual oval exhaust tips. While the R400/R420 project is official dead, maybe the folks from Wolfsburg have changed their minds? A limited-run production version with Ingolstad’s five-cylinder engine would be a proper send-off for the seventh-generation Golf set to be replaced by the new model – spied earlier this week - in the second half of 2019.