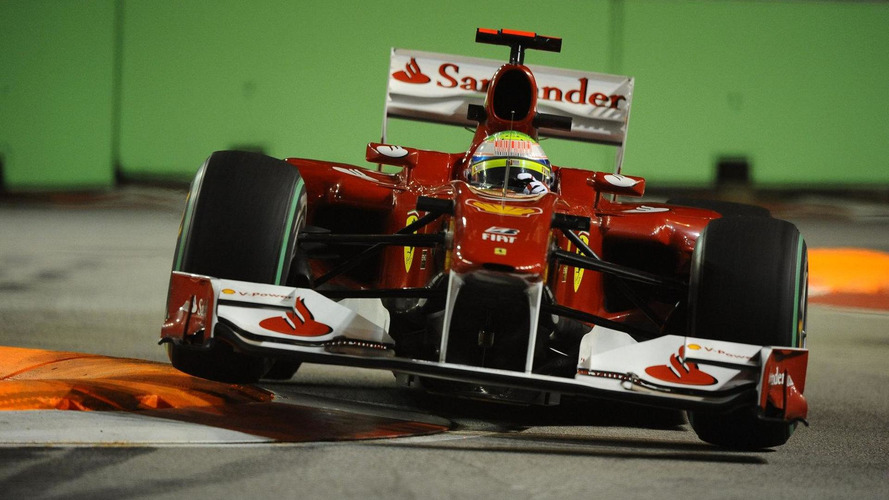 Felipe Massa's engine usage for the 2010 season ticked over to a ninth unit in Singapore, resulting in a grid penalty.

Felipe Massa's engine usage for the 2010 season ticked over to a ninth unit in Singapore, resulting in a grid penalty.

That news alone could be interpreted as a potential threat to the title chances of his teammate Fernando Alonso, who is now just 11 points behind leader Mark Webber having won the past two races from pole.

Like Massa, Spaniard Alonso entered the Singapore round having used eight engines, the maximum allowed during the entire 19-race schedule this year.

But Brazilian Massa's ninth engine was only installed in Singapore due to his technical problem in qualifying that stranded him at the very rear of the grid.

The necessary gearbox change resulted in a five-place grid drop, but Massa could not be pushed down the order lower than dead last.

So the Italian team also decided to install a new engine in his F10 - resulting in another negated grid penalty, this time 10 places - before the race.

A spokesman for the Italian team confirmed that the change was "entirely precautionary".

Massa said: "Now I only have three left which have each done one race, to rotate over the last four races of the season."