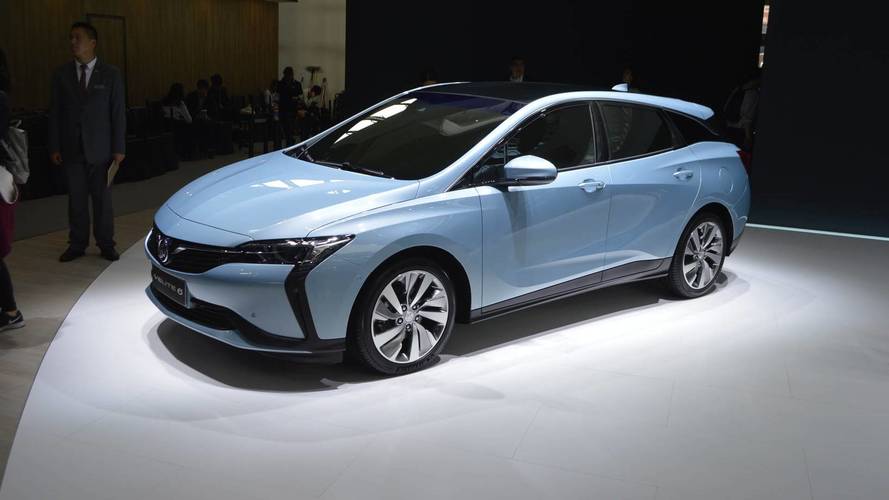 Both are production models, with the PHEV to go on sale first later this year.

[UPDATE, April 25] Live images from the Beijing Motor Show have been added at the beginning of the gallery, below.

Following yesterday’s unveiling of the Enspire Concept, Buick is ready to roll out a pair of production models. Both go by the name of Velite 6, but one of them is a plug-in hybrid whereas the other takes the shape of a fully electric vehicle. Before you ask which is which, the one on the right lacks the combustion engine (and the fuel cap on the rear fender).

Speaking of the ICE, the plug-in hybrid version comes with a naturally aspirated 1.5-liter gasoline engine that has been “tuned for hybrid vehicles.” It works together with two electric motors, an electronically controlled variable transmission, and a lithium-ion battery pack to give the partially electrified Velite a maximum range of 700 kilometers (435 miles).

Fuel consumption in the combined cycle stands at a remarkably low 1.4 liters / 100 km. Doing a quick conversion, that works out to 168 miles per gallon, but bear in mind the number is not exactly accurate considering the method the cars are being tested in China and in the United States is significantly different.

The plug-in hybrid Velite 6 will offer several driving modes, allowing the owner to switch between the power of the combustion engine, the punch delivered by the electric motors, and their combined forces.

As far as the pure electric version is concerned, details about the zero-emissions model are rather scarce at this point. Buick says it benefits from a new-generation powertrain that will provide customers with a “smooth, quiet and natural driving experience.” Like with the PHEV model, the entirely electric Velite 6 will be accessible via the owner’s smartphone set to work as a virtual key to enter and start the car.

The first to go on sale will be the plug-in hybrid scheduled to be launched in China this year, with the EV programmed to arrive at a later date.

WUZHEN – The Buick VELITE 6 plug-in hybrid electric vehicle and the Buick Enspire all-electric concept SUV made their global debut this evening at a launch event in the scenic Chinese city of Wuzhen, Zhejiang.

Buick is focused on electrification, connectivity, intelligence and sharing in line with its Buick Blue new energy vehicle strategy. The VELITE 6 represents the latest application of this strategy.

The VELITE 6 has a dynamic posture coupled with a wide stance. The modern, streamlined shape aptly represents the innovative exterior styling that matches the new nameplate’s exciting technological character.

The flexible and open cloud-based Buick eConnect technology in both models enables cutting-edge services and over-the-air update capability. With exclusive accounts, users can personalize their settings for OnStar, navigation, internet use and more. Music and destinations can be sent to the car display screen via WeChat in real time, for one-button navigation and listening. Users can also directly receive information about their vehicles’ condition and recommended maintenance.

VELITE 6 users’ smartphones serve as a virtual key to enter and start the vehicle. They can authorize others to use their vehicles through their phones as well. Additional functions and new features will continuously be added to improve the user experience.