Korea insists F1 track will be ready for inspection, race 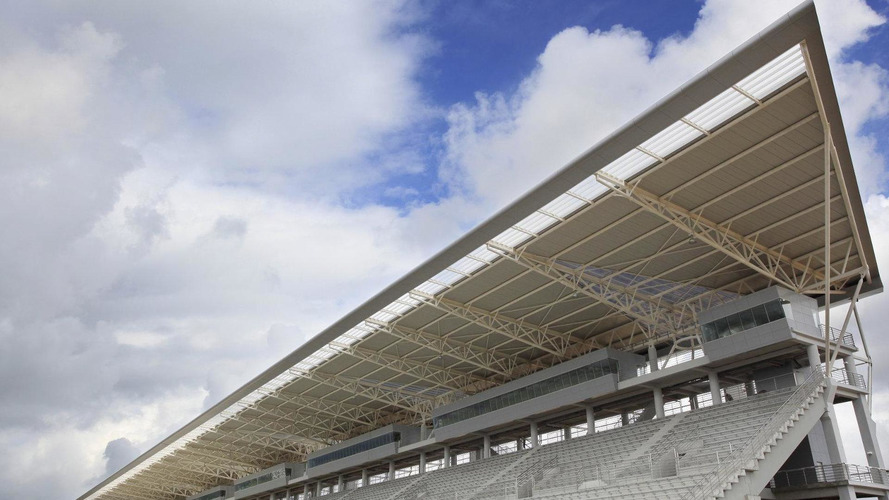 Race organisers hit back on Monday amid widespread reports the inaugural Korean grand prix was in real danger of being called off.

Race organisers hit back on Monday amid widespread reports the inaugural Korean grand prix was in real danger of being called off.

F1 teams, media and personnel are concerned that - despite FIA rules requiring a final track inspection 90 days before a new event - the uncertainty about Korea is still growing just three weeks before they are due to fly to the east Asian nation.

The final inspection deadline is becoming farcical, with a Korean official now confirming that it will take place on October 11 -- after much of the sport's freight has left Suzuka.

There is also the issue of the world championship, with the title protagonists not really sure if there are 3 or 4 contests still to run.

"We will have no problem in hosting the race on October 24 as we have almost completed work," a spokesman for organiser KAVO is quoted in a Sapa/AFP wire report on Monday.

He insisted that the track will be ready by Charlie Whiting's October 11 inspection.

"We will rush to complete work and FIA officials will see a complete circuit when they conduct a final inspection in two weeks," he said.

The fears about cancellation of the race was ramped up by F1 chief executive Bernie Ecclestone, who on Sunday admitted for the first time that he is concerned about the situation.

"We take Ecclestone's remarks seriously as a message that we have to step up preparations for the race," said the spokesman.