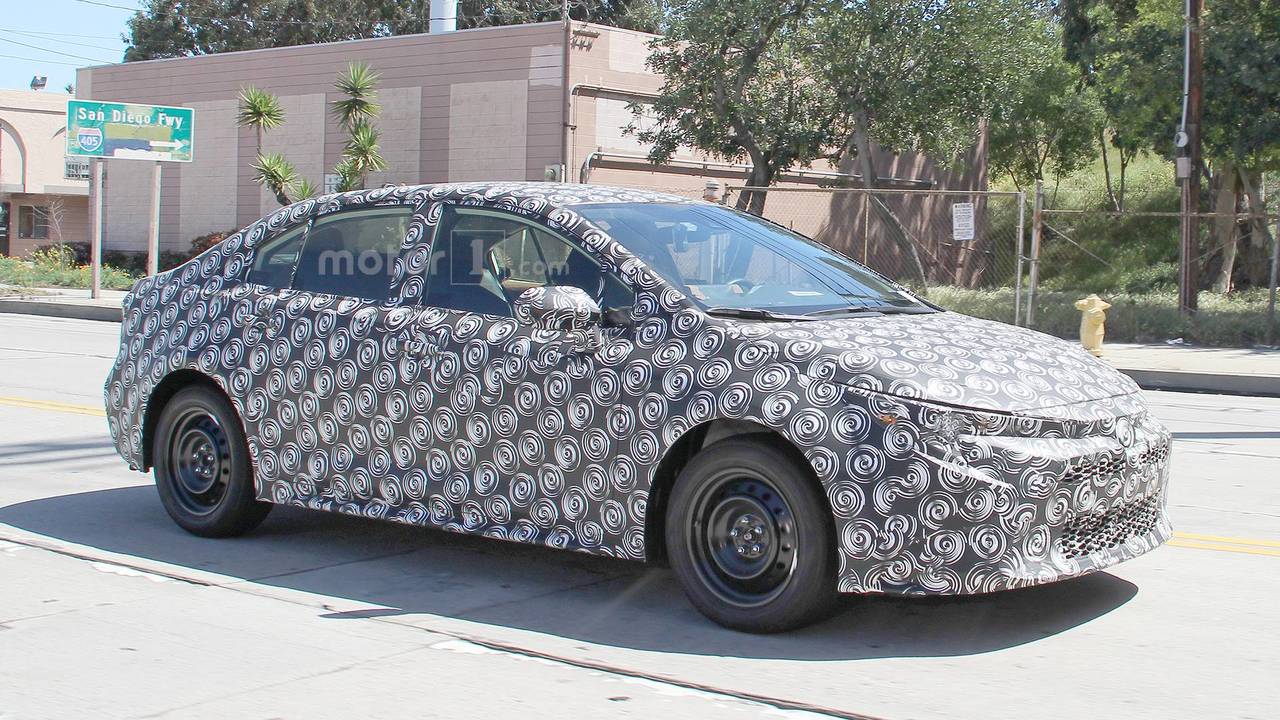 Earlier this year, we caught a glimpse of the 2020 Toyota Corolla testing in the U.S. for the first time. Last month, there were more photos, but it still wore the same black cladding and camouflage. The latest spy photos show the Corolla finally stripping away some of the disguise, giving a peek of the sedan’s future design.

Much like the 2019 Corolla hatchback, the 2020 Corolla sedan rides on the automaker’s TNGA modular platform that already underpins several of its models, such as the Camry and Prius.

The Corolla also takes some design cues from the hatch, particularly with the front-end design. Differences include the addition of a small window near the A-pillar for improved forward visibility and a revised C-pillar. The greenhouse design and shape look unchanged. The overall design looks relatively standard for a sedan with the rear end taking cues from the current Ford Fusion.

The 2020 Corolla should have a redesigned interior with an increased level of quality. Standard features include a leather shift knob, paddle shifters, two front USB outlets, and electronic parking brake. On the SE hatchback, features include Entune 3.0 Audio with six speakers and an eight-inch screen, Apple CarPlay, and Amazon Alexa integration. The same features should be offered on the Corolla SE sedan.

Power will come from a new 2.0-liter port- and fuel-injected four-cylinder engine paired with either a continuously variable transmission or six-speed manual. The new engine will make more than the 1.8-liter’s 137 horsepower and 126 pound-feet of torque.

Toyota will build the new Corolla sedan in America at a factory in Mississippi and a new plant in Alabama that the company will share with Mazda. The new Corolla hatch looks excellent, and, while the sedan doesn’t seem that radical, it should still be a handsome contender in the segment.