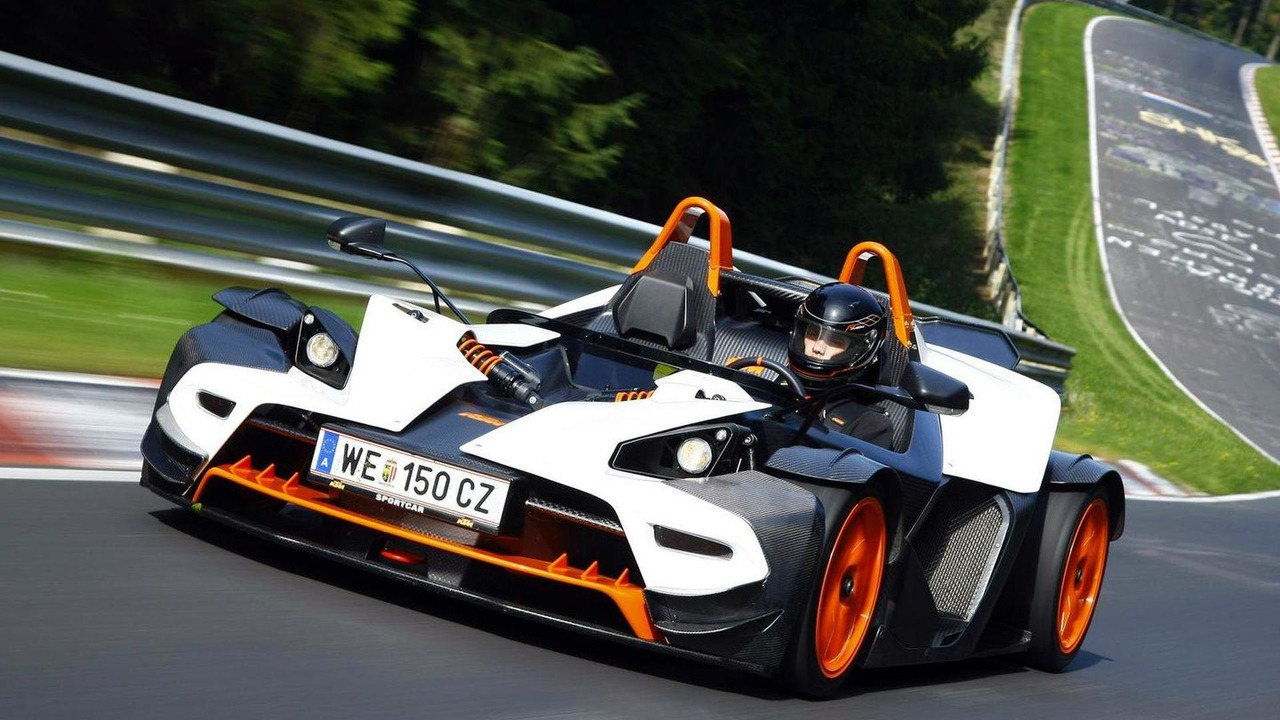 R version of the KTM X-BOW features a lowered suspension and an Audi-sourced 2.0 liter TFSI with around 300 PS (221 kW). Also available will be two equipment packages - a road-legal Sport package and a track-only Race kit.

KTM is developing another variant of its X-BOW model called the X-BOW R for 2011. The prototype of the model is featured in the photographs published here doing some testing on the Nürburgring Nordschleife.

The X-BOW R will be a sportier version of the current X-BOW from the boutique Austrian automaker (KTM is mainly a motorbike and bicycle maker) which has been available since 2008. It will feature the same 2.0 liter TFSI engine as in the Audi S3 but dialed up to around 300 PS (221 kW).

The X-BOW/R is a 790 kg homologated, two-seat, open supercar with a carbon-fiber monocoque frame. The standard X-BOW features a 240 PS (177 kW) version of that VW Group-sourced 2.0 liter TFSI power plant.

Improvements to the already performance-oriented design of the X-BOW for the R version will also include a suspension lowering of the car and a new engine mount set-up to provide for better handling.

KTM will also have new options packages for the X-BOW R including a road-legal Sport package and a Race kit for a track-only version. Many of the parts in those performance packages can be had separately from KTM's PowerParts equipment program.

Further details on the model, including pricing, will be released early in 2011.