The stylistic changes don’t look as extreme on camera.

Last Monday, Chevy unveiled an updated Camaro for the 2019 model year. The most significant changes involved the front and rear fascias, giving the Camaro a more aggressive stance over the outgoing model. Less than a week after it’s unveiling to the public, a 2019 Camaro SS appeared at what looks like a local morning car gathering. It’s more than likely a GM engineer behind the wheel, especially with the Michigan manufacturer plate. 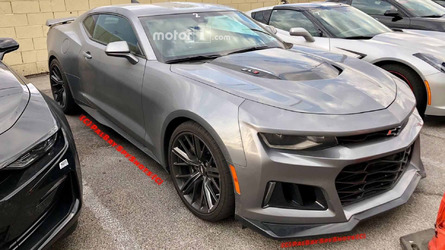 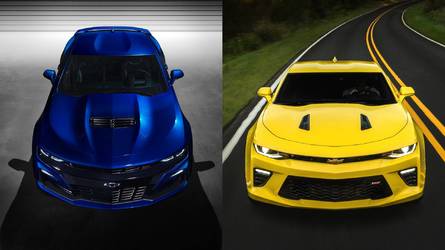 The quick video gives a clear glimpse of both the heavily redesigned front and the refreshed rear. Nearly everything on the front end is new. The headlights are redesigned with sleek new LEDs. The upper and lower grilles are also redesigned, with the SS model receiving the “Flowtie,” which allows increased airflow to the engine. The front end is designed to give the Camaro better angles to improve airflow overall.

At the rear, the differences over the outgoing model are less pronounced. The rear taillights, now smoked, get an updated design along with the lower rear valence getting a slight refresh on the SS. Both changes give the Camaro’s rear end a cleaner, more athletic appearance. The only mechanical difference over the 2018 Camaro SS is the addition of a 10-speed automatic with custom launch control and line lock features fpr 2019. No word on if the car gets any performance gains.

While the biggest changes are clearly visual, Chevy is adding a new trim to the Camaro lineup – the 1LE for the turbocharged four-cylinder. While the engine is the same 2.0-liter turbocharged four-cylinder engine found on the standard Camaro, meaning it produces 275 horses (205 kilowatts) and 295 pound-feet of torque (400 Newton-meters), it does have some tuned bits. A six-speed manual transmission is exclusive to the trim. The 1LE trim also adds a tuned suspension, a near 50/50 weight balance, and new Track Mode and Competition Mode settings, which allow for things like performance readouts, launch control, and shift point lights.

In Chevy’s press photos, the changes look extreme. However, in the video, the changes seem far more subdued. The Camaro SS doesn’t have a front end that looks radical, or too angular. If anything, the video is an example of how important it is to see a car outside, and in natural lighting before passing judgment on a car’s appearance.

8 Photos
By: Anthony Alaniz
++
Got a tip for us? Email: tips@motor1.com