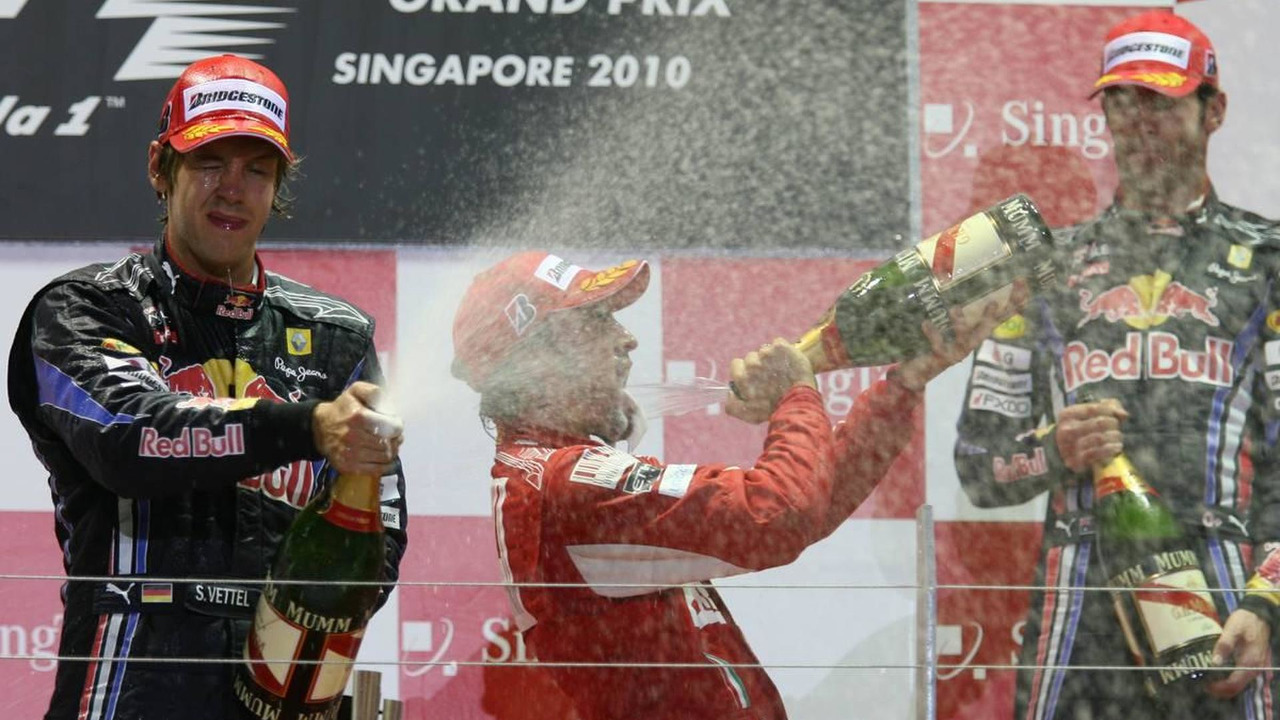 Mark Webber extended his championship lead to 11 points on Sunday night, despite finishing on the lowest step of the podium and colliding with Lewis Hamilton during a long and hot Singapore grand prix.

The Australian finished behind pole sitter and winner Fernando Alonso, as well as his Red Bull teammate Sebastian Vettel.

At the chequered flag just before the 2 hour time limit was up, Ferrari's Spaniard and German Vettel were separated by just 3 tenths of a second.

But Vettel's points gap to Webber, who was a further half minute behind the leading battle at the finish, is still more than 20 points.

Webber's closest challenger is now Alonso, who has won the last two races from pole position in the resurgent Ferrari.

He leapfrogs Hamilton in the drivers' standings, after the Briton retired for the second race in a row due to a collision.

This time his clash was with Webber, whose RB6 was sporting significant damage to its wheel and tyre in parc ferme after the race.

Hamilton's MP4-25 came off worse, and he came close to writing off his title chances after retiring at mid-distance.

"Let's just hope myself or Jenson can do it," said the 2008 world champion, who remains five points ahead of teammate Jenson Button's sister car.

"20 points is massive and with four races to go that is a big gap," Hamilton told reporters.

Button confirmed: "There is everything to play for."