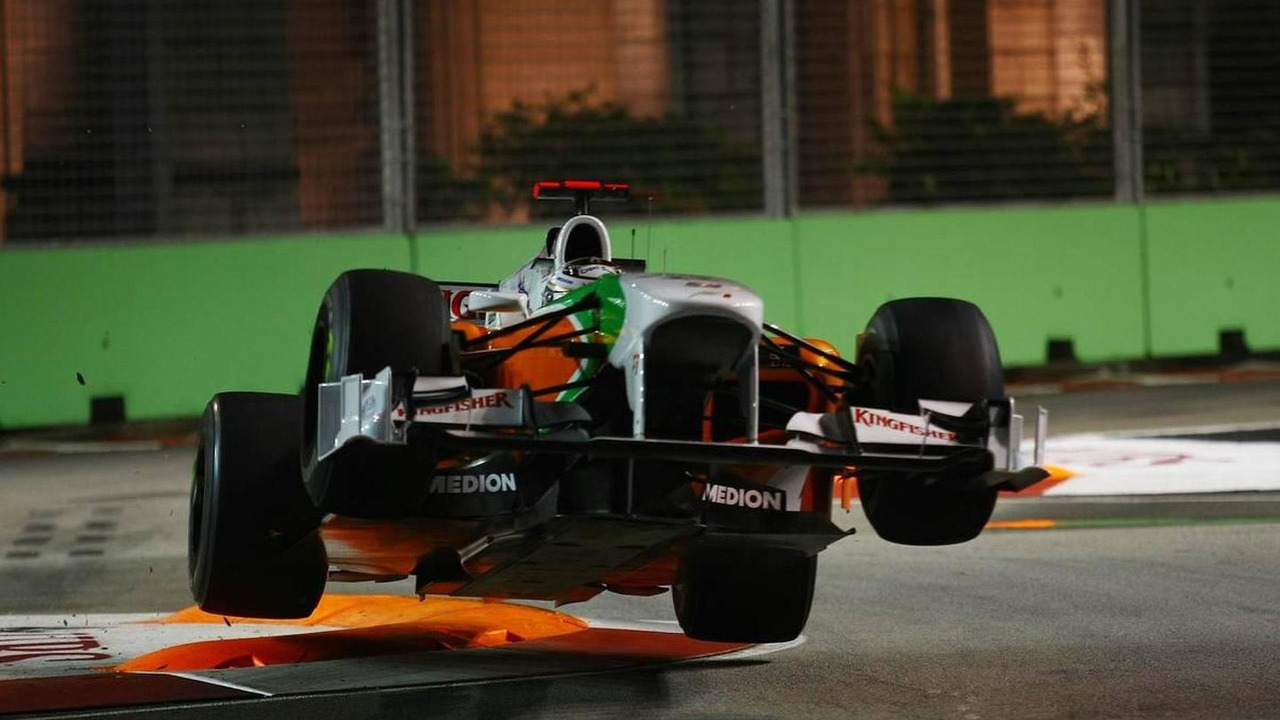 Organisers of the Singapore grand prix have defended the safety standards of the Marina Bay street circuit.

Organisers of the Singapore grand prix have defended the safety standards of the Marina Bay street circuit.

Lewis Hamilton slammed the reprofiled turn 10 chicane earlier this weekend, describing it as "ridiculous" and the worst corner in formula one.

The slow and tight triple-apex chicane, delineated by high kerbs, comes after a high speed section of the circuit.

Force India's Adrian Sutil broke his suspension after becoming airborne over the kerbs on Friday, and Hamilton said disaster could strike if a car lost its brakes on the approach.

"Last year, we had a Red Bull brake failure into turn one," said the 2008 world champion on Saturday. "If that had happened at turn 10, he would be way over the fence.

"It is important all of us make a point as we are the ones putting our lives at risk," added Hamilton.

A spokesman for race organisers Singapore GP defended the layout.

"The circuit is licensed each year by the FIA," he said.

"As safety is of paramount importance, it (the FIA) would not have approved the track for racing including the turn 10 configuration if it was a cause for concern," the spokesman told Singapore's local Sunday Times.