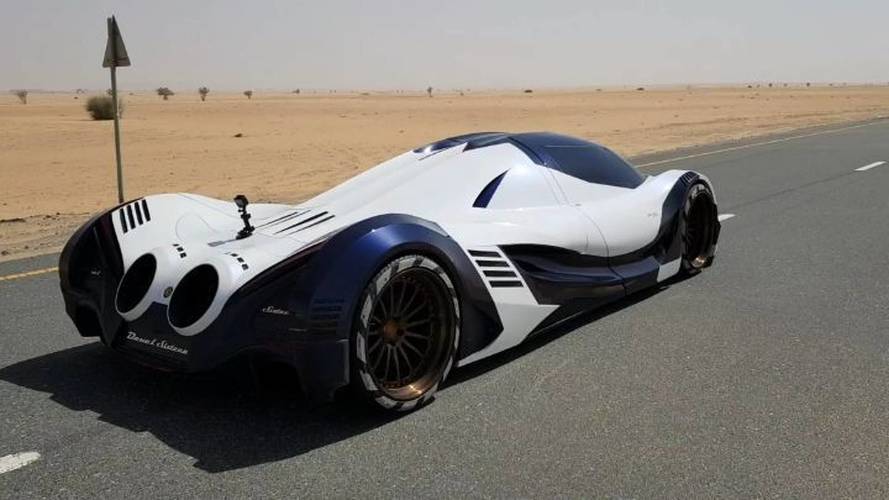 Because the driver was only using 20 percent of the available throttle, the acceleration is not what you'd call impressive.

Ah, the Devel Sixteen! Probably the world’s most elusive hypercar right now, the high-powered machine is billed as being the most powerful production car of them all. It was conceptualized in 2006 and has been in development for 10 years, according to the company’s website. Here we get to see it having some fun in the desert putting its 3,000-hp V16 engine to work. However, the video is not only short, but also a tad bit flavorless as the car isn’t being pushed hard.

Nevertheless, we get to observe the Devel Sixteen is moving under its own power, with the startup company from Dubai saying on Instagram the engine was on low boost as the driver was only using 20 percent of throttle.

The soundtrack provided by the V16 engine is something that your neighbors will truly hate, especially in the mornings, unless you’re lucky enough to be living among people with an affinity for performance cars.

The company’s goal is to hit an unbelievable 320 mph (515 kph) with the 3,000-hp V16 model, but good luck finding tires that will be able to cope with that velocity. Both road-going versions of the model will use dual-clutch gearboxes whereas the 5,007-hp model will feature a drag racing transmission able to channel the ridiculous amount of power to the road without being blown to smithereens.

Devel’s chief engineer is Paolo Garella, an ex-Pininfarina employee in charge of running the one-off division, and currently the man behind Manifattura Automobili Torino that made the headlines last month with the New Stratos. In an interview with Road and Track back in November 2017, he said the plan was to have a working prototype in 12-14 months, so it looks like the company is getting there…