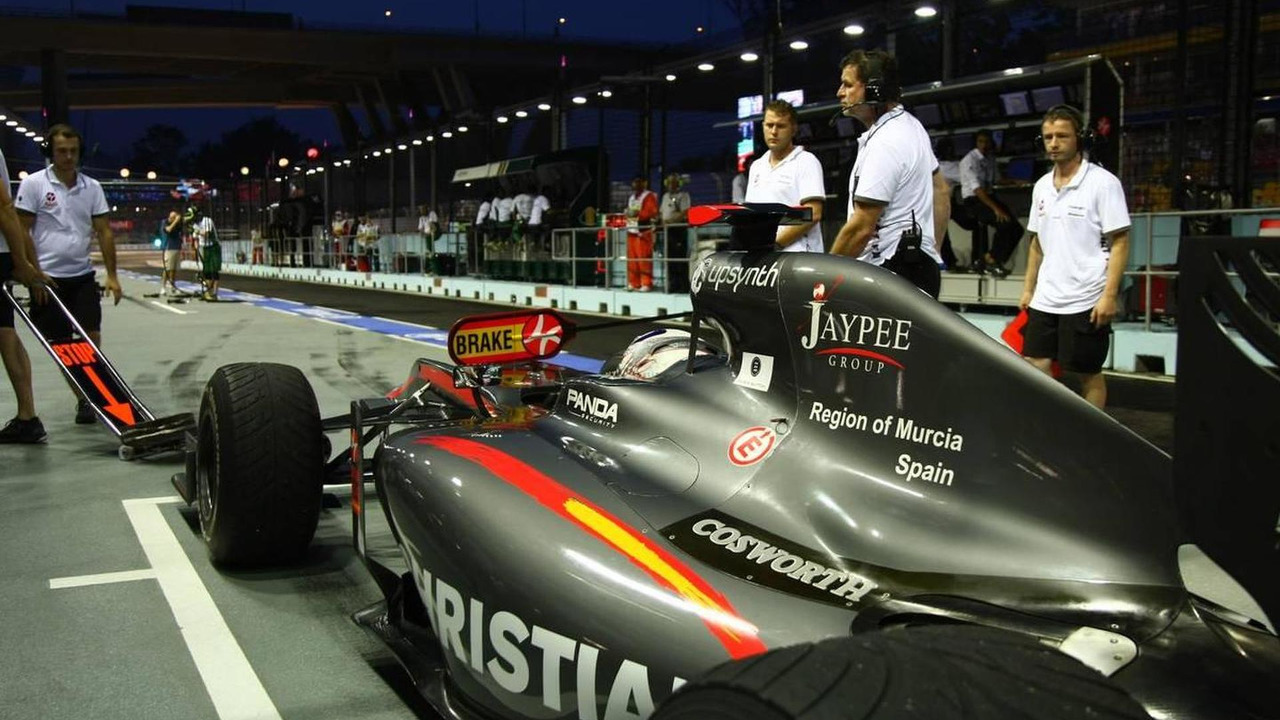 Another possible reason for Christian Klien's graduation to the HRT race cockpit became clearer at Singapore on Saturday.

Another possible reason for Christian Klien's graduation to the HRT race cockpit became clearer at Singapore on Saturday.

On Friday, team boss Colin Kolles announced that the Spanish team's reserve driver would be taking over from Sakon Yamamoto for this race due to the Japanese driver suffering from food poisoning.

Asked if Yamamoto will be back in the car at Suzuka in two weeks, he said: "This is what we expect, yes."

But it should be noted that Klien's surprise chance in Singapore coincided with the emergence on the car of a new sponsor sticker.

The 'Upsynth' branding on the rollhoop of the Cosworth powered F110 under the Singapore lights was not present two weeks ago at Monza.

Upsynth is an Austrian brand of absinthe, a highly alcoholic beverage, hailing from Vorarlberg. Klien, 27, was born in the same west Austrian state.

"It's nice that we succeeded in getting at very short notice a new partner like Upsynth," he confirmed.

His HRT race cockpit debut has been very successful so far, outqualifying team regular Bruno Senna by more than a second on Saturday night.

"If I manage to help the team as reserve driver, then my mission is fulfilled for the time being," said Klien.

"It has been quite difficult because it is a new track and practically a new car for me. But we are a long way from Lotus and Virgin."

Klien told German television Sky that he is hoping to secure a full race seat for the 2011 season.

"You have to make the best of your chances and I think I did that in qualifying. Of course my goal is a race seat and for sure this weekend is very important," said the Austrian.

His new sponsorship should help pay for a whopping EUR 14,400 in FIA fines for twice breaching the 60kph pitlane speed limit.