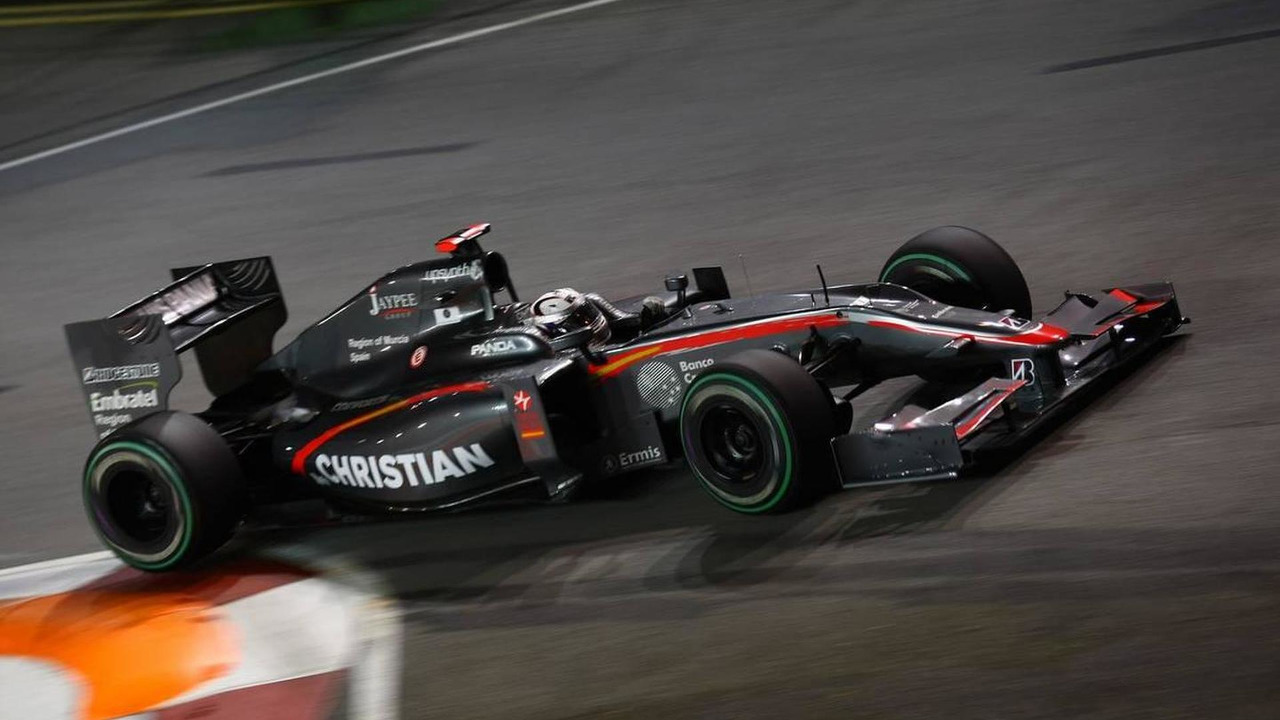 Karun Chandhok on Saturday refused to buy into a conspiracy theory surrounding the occupant of his old HRT race cockpit this weekend.

Karun Chandhok on Saturday refused to buy into a conspiracy theory surrounding the occupant of his old HRT race cockpit this weekend.

Many paddock figures were bemused on Friday when, as it emerged that Sakon Yamamoto was holed up in his Singapore hotel with food poisoning, it was Christian Klien who was called up to replace the Japanese.

Indian Chandhok started the season in the Cosworth-powered car, and has been attending every race since he was sidelined in the hope of returning to the wheel.

"He had his chance," team boss Colin Kolles said. "I think Christian also deserved a chance."

And as for whether Yamamoto really has food poisoning, amid suggestions his sponsor funding might simply have dried up, Chandhok would not be drawn.

"I haven't spoken to Sakon. I have no idea if he is sitting on the toilet or not," he smiled.

Yamamoto, 28, in fact watched qualifying from within the HRT garage, as his stand-in Klien outqualified Bruno Senna's sister car by more than a full second.