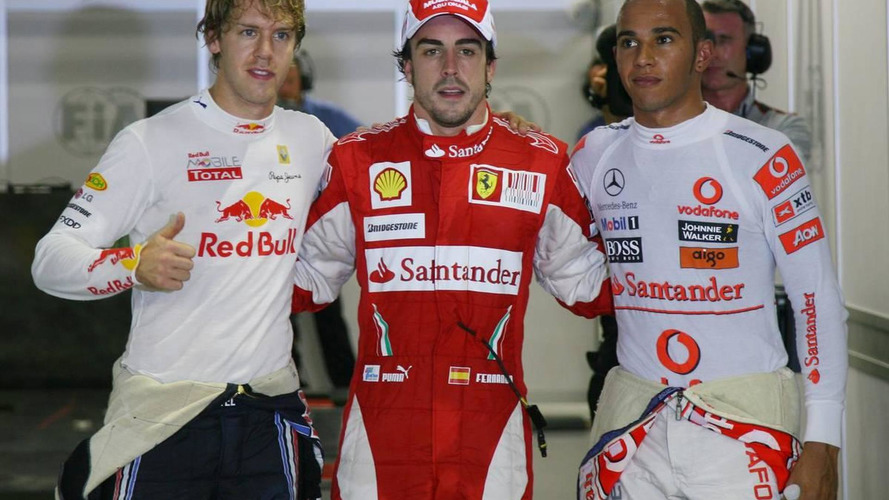 After Red Bull's Sebastian Vettel looked set to walk pole position in Singapore, it was Fernando Alonso who mastered the street circuit on Saturday night.

The Ferrari driver, having won from pole position two weeks ago in Italy, left Vettel and his team boss Christian Horner bemused by outpacing the fastest RB6 by half a tenth.

Vettel, 23, called his Q3 effort "messy", as Horner told British television BBC: "He touched the barrier on his final lap and that was the difference today."

In the sister Red Bull, championship leader Mark Webber qualified fifth, having not looked comfortable between the walls of the city layout so far this weekend.

The Australian, also behind the two McLarens for the start of Sunday's race, admitted he has had "trouble getting a rhythm around here".

"We underperformed," admitted Horner. "We should be two or three tenths up the road."

In contrast, it was a notably focused session for Alonso, who grappled with having to change some settings from the cockpit following teammate Felipe Massa's earlier gearbox failure.

"We made some safe changes in the car to avoid any risk," said the Spaniard, whose team initially believed Massa's problem was engine-related.

Alonso told his team on the radio: "No words, fantastic job today."

He will have a clear run to turn 1 on Sunday at 8pm local time, alongside fellow front row sitter Vettel.

"I think we had the car to be on pole but we have a very good car for tomorrow," insisted the German.