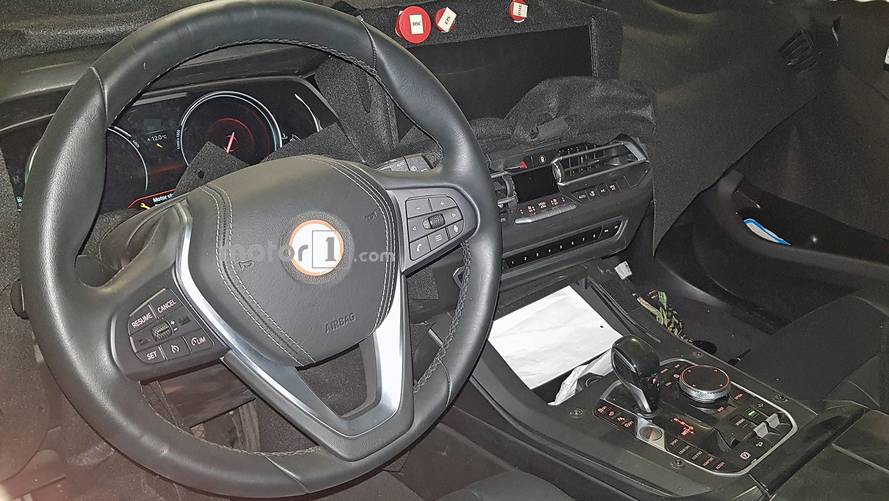 It will go on sale later this year.

Seeing a prototype of a 2019 BMW X5 isn’t new. BMW is hustling to refresh its entire SUV lineup, which includes updating existing models while adding new ones in the mix for good measure. We’ve seen the X5 and the X5 M running about as BMW plans to reveal the fourth-gen X5 and put it into production by the end of the year. While we’ve seen plenty of exterior images of the update SUV, and the X5 M, we now have a peek inside with the latest batch of spy photos.

Inside, the new BMW X5 looks like a BMW. There’s nothing radically new or different going on with the interior. Obviously, there are changes, but they’re minor. The infotainment screen appears larger than the one in the outgoing model. The center console and instrument panel are also redesigned. It appears the push-button start is now located on the center console next to the gear selector.  The steering wheel buttons get a new layout while the instrument cluster gets a redesign. There appears to be a sizable storage area between the console and instrument panel – probably the perfect place for a smartphone, wallet, or some loose charging cables.

On the outside, it looks like what we’ve seen before. There’s the larger kidney grille, aggressive front fascia, and redesigned headlights. The 2019 X5 will ride on BMW’s CLAR platform, which will likely increase its size, lose some weight, and increase cabin space. Under the hood should be a variety of powertrains, including a plug-in hybrid. The range-topping variant – M50i – will likely use the company’s biturbo 4.4-liter V8.

BMW will unveil the 2019 X5 soon before it enters production and goes on sale later this year. The X5 will likely be the basis for the upcoming X7 with three rows of seats. It’ll obviously be a larger SUV than the X5.

BMW i Hydrogen NEXT concept
Photo by: CarPix
++