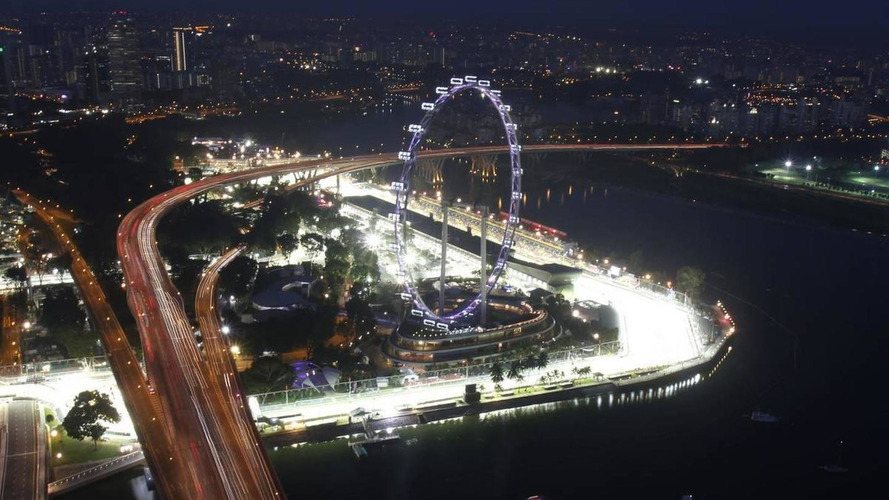 Bernie Ecclestone says he would be happy if Singapore emulated the success of its night race with an unchanged format "for 20 years".

Bernie Ecclestone says he would be happy if Singapore emulated the success of its night race with an unchanged format "for 20 years".

The F1 chief executive expressed his delight with the sold out event in the Asian city-state late on Friday at the opening of a Hublot watch boutique near the Marina Bay venue.

According to the local Straits Times newspaper, Ecclestone wants the Singapore race to stay the same until 2030 "and then see what needs to be changed".

The 79-year-old Briton said the race is a jewel in F1's crown and "keeps getting polished".

He did not mention two criticisms of the event.

After practice, having seen his friend Adrian Sutil's Force India launched spectacularly, Lewis Hamilton slammed the re-profiled turn 10 chicane as "ridiculous" and "the worst corner I've ever driven in formula one".

And reigning world champion Jenson Button pointed to track drainage as a problem, explaining that long after the rain had stopped, there was "a lot of water coming up through the circuit".

As has become the trend in Singapore this week, it has been raining once again on Saturday afternoon, prior to the evening practice session on qualifying day.

The F1 circus is generally very happy with the event, however, despite Nico Rosberg arriving back at his Pan Pacific hotel at 2pm on Friday night to find the kitchen had stopped serving dinner.

The German told AFP news agency: "The atmosphere is incredible and the concept of a night race works really well once you get into the routine of staying on European time."