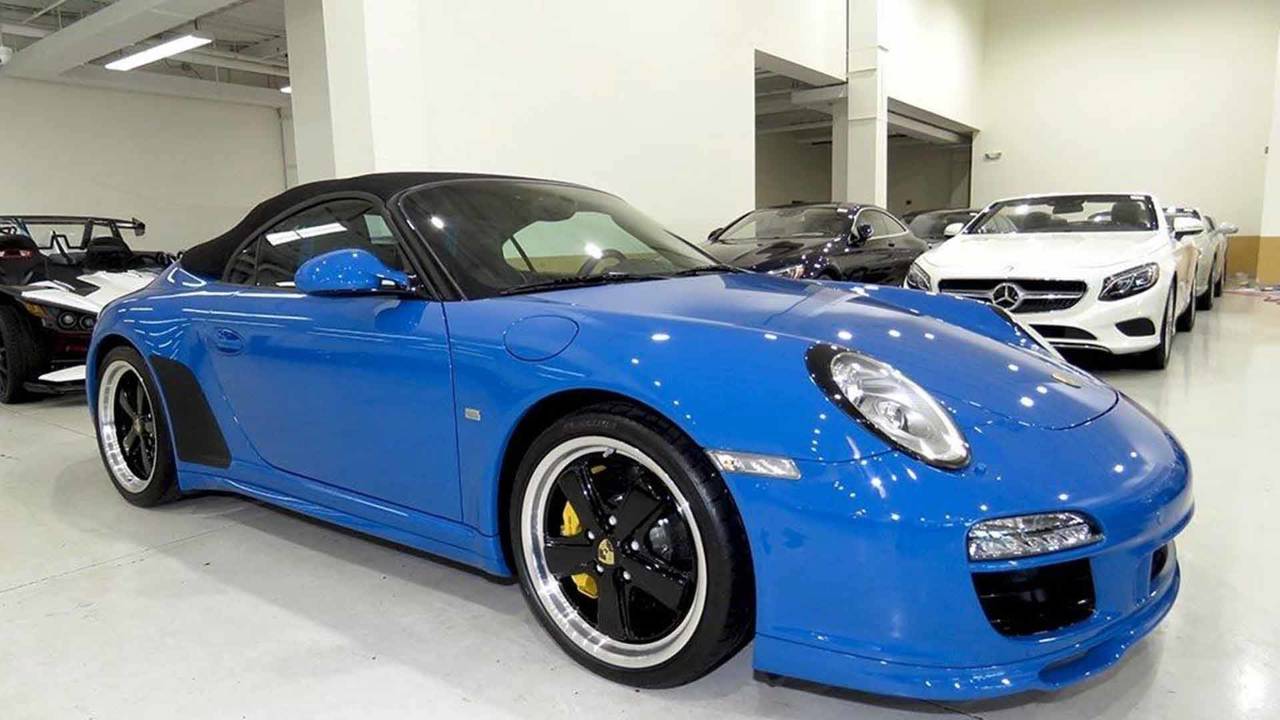 Spy shots show that Porsche has a new 911 Speedster under development that would likely act as a limited-edition farewell to the 991 generation. If you don't have the patience to wait for one or don't think you can act quickly enough to get on the list for one, then this example of the previous production run in 2011 might be the next best choice. The dealer is offering the car for $269,800.

New One Is Here:

Porsche's penchant for this type of simplified design dates back to the 356 Speedster from the late 1950s. It later created limited-run versions based on the 911 in 1989, 1994, and 2011. For the most recent iteration, Porsche built just 356 units of them in a nod to the original. This one was number 165 of that production.

The 2011 911 Speedster uses a 3.8-liter flat-six engine with 402 horsepower (300 kilowatts) and seven-speed dual-clutch gearbox. An adaptive suspension and ceramic-composite brake rotors are also among the standard features that boost performance. Porsche Exclusive equipped these special cars with a slightly modified body, including a double-bubble cover at the rear as a cover for the roof during open-top driving.

The 2011 911 Speedster is only available in Pure Blue or Carrara White. The interior features black leather with body-color accents, including a checkered-flag pattern on the seats.

The spy shots (above) suggest the next 911 Speedster would continue to have the double-bubble rear end, but Porsche appears to have a revised convertible top for the model, too. The tweaked design creates a sleek rear end that makes the car look more aerodynamic even with the roof up. The powertrain would likely come from the 911 GTS with a 3.0-liter biturbo flat six producing 450 hp (331 kW) and 405 pound-feet (550 Newton-meters) of torque. Look for a debut at the 2018 Los Angeles Auto Show in November.