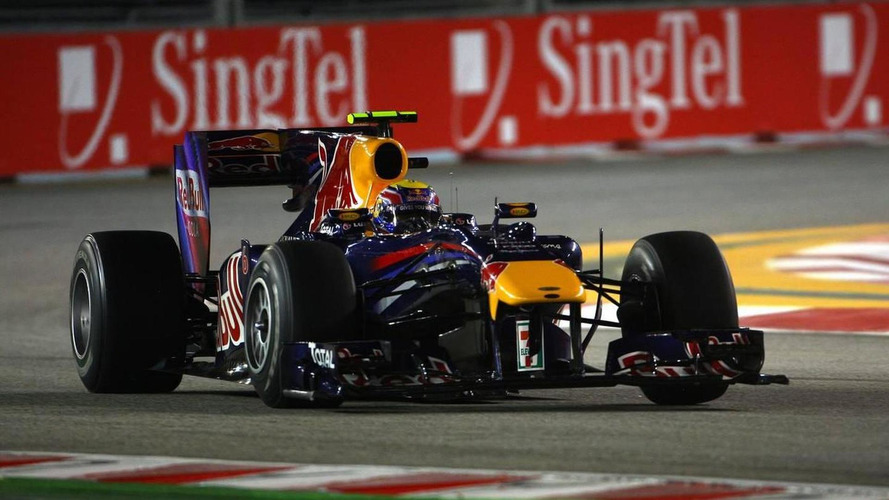 Red Bull looks to be back to its dominant best on the street confines of the Singapore grand prix city venue.

Red Bull looks to be back to its dominant best on the street confines of the Singapore grand prix city venue.

Despite some rivals expecting the RB6's speed on high downforce tracks to have been muted by the flexibility tests, championship leader Mark Webber and Sebstian Vettel both tasted the top of the times at the end of Friday's two 90-minute practice sessions.

"We knew nothing would change with our car before we came here," said Webber.

"We've passed all the new FIA tests and we weren't coming here expecting to be slower than we were in Budapest."

And while Monza winner Fernando Alonso had looked quick before stopping his Ferrari after a slip into a run-off zone in the night session, the Spaniard admitted: "We know Red Bull are maybe the favourites."

The McLaren looked the best part of a second slower than the Red Bull.

Mercedes' Norbert Haug told German Sky television: "On a track like this, Red Bull seems to have the advantage."