Mercedes Hints At GLA Coupe; Won't Go Below The A-Class 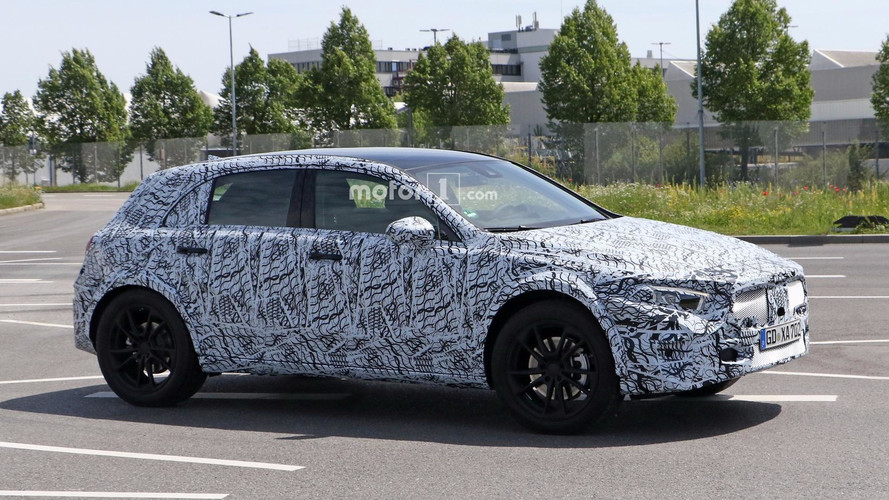 Rumors of a coupe-ified Mercedes GLA have been swirling around the Internet for about four years as the original report dates back to April 29, 2014. In July 2016, a roadmap emerged to reveal the company’s plans for 2017 and one of the models included was a GLA Coupe. However, the roadmap (pictured below) was revised several days later and the crossover-coupe was removed.

As the GLA is about to embrace a second generation, talks about a “coupe” version are making the headlines once more. Top Gear magazine had the opportunity to chat with Daimler CEO, Dieter Zetsche, about what Mercedes has in tow for its compact model range: “We will further expand the SUVs. We need something more SUV than the GLA.” Reading between the lines, he was referring to a boxy model spy photographers have already managed to capture on camera multiple times. TG has also heard it will be called GLB and it will offer three-row seating.

But we knew that already, right? The discussion got more interesting when Zetsche talked about the GLA, saying “it will be more in the SUV direction.” The man in charge at Daimler went on to mention SUV-ifying the GLA “will expand our scope” and that will allow Mercedes to come up with a new model that will slot between the A-Class and the GLA. Top Gear believes the model in question is none other than the long-rumored GLA Coupe.

Zetsche described the recently launched BMW X2 as being “basically like the [outgoing] GLA,” adding that Mercedes will come up with a new one and “in other segments we’ll have two interpretations.” He was most likely referring to the GLA Coupe and the GLB, which will be a part of a new compact family bound to include an A-Class Sedan and exclude the CLA Shooting Brake as the wagon won’t live to see a second generation. It’s the same story with its bigger brother, the CLS Shooting Brake. Why? Slow sales, that’s why.

In other news, Zetsche was asked whether the company’s new front-wheel-drive platform could serve as the basis for a smaller car to slot below the A-Class. Daimler’s boss said a direct competitor for the Mini is not going to happen as that would hurt the brand’s image and at the same time chasing volume wouldn’t translate into a bigger profit.