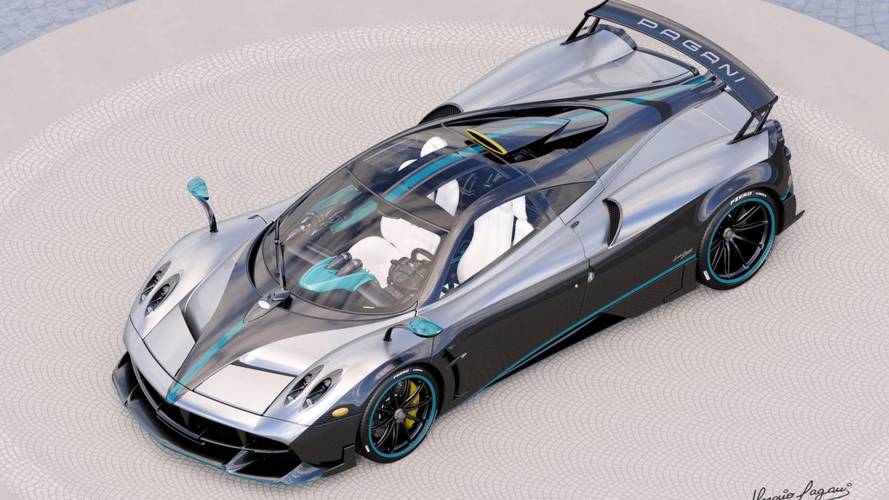 Just like Hamilton's F1 car, the Huayra is powered by a Mercedes-AMG engine.

99 cars and roughly seven years later, the Pagani Huayra Coupe is ready to go out with a bang as the final 100th example is about to get a bespoke exterior finish inspired by Lewis Hamilton’s title-winning Formula 1 car. Appropriately nicknamed “L’Ultimo,” the hypercar has been commissioned by Brett David, CEO of Prestige Imports, and will reach Pagani’s Miami dealership in June.

An extended period of time was necessary to create the perfect specification as the Italian high-end marque closely collaborated with the future owner to build his ideal Huayra Coupe. Eight months were necessary to build the work of art on wheels, complete with the reputable biturbo Mercedes-AMG V12 engine delivering a staggering 720 horsepower and 1,000 Newton-meters (738 pound-feet) of torque.

Obviously, what we have here are not real images of the car, but only official renders provided by Pagani showing how the Huayra Coupe’s swan song is going to look like. It’s a thing of beauty and the F1-inspired livery makes the AMG-powered machine even more desirable.

The coupe’s demise is not the end of the road for the Huayra as Pagani is busy these days putting together the Roadster. Like the version with the fixed roof, the droptop is capped at just 100 units, but it hasn’t carried over the exact same specs taking into account it has inherited upgrades from the more hardcore Huayra BC. The latter, named after Benny Caiola, was limited to just 20 cars to maintain its exclusivity.

Looking into the future, Pagani is already eager to talk about the Huayra’s replacement and how it will get an AMG-sourced engine hooked up to a manual gearbox. Further down the line, a fully electric model is also on the agenda, but it won’t arrive until the middle of the next decade.